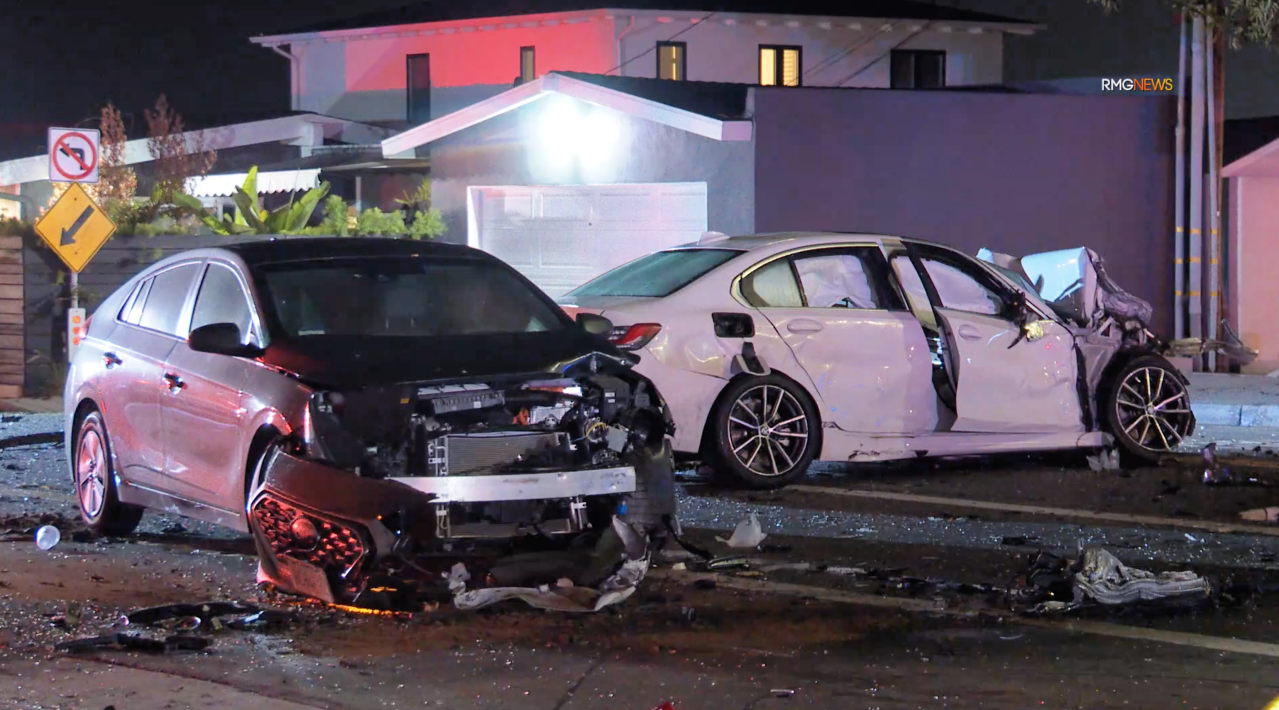 Three people were killed and another three were injured in a multi-vehicle crash that sent one car into a Manhattan Beach building late Tuesday night, police said.

Officers responded to reports of a collision about 10:45 p.m. at the intersection of Marine Avenue and Sepulveda Boulevard.

Two men and one woman were pronounced dead at the scene. Officials have not released information on their identities.

Another two adults and one child were taken to a hospital in unknown condition, Pereira said.

The impact of the collision scattered debris all over the intersection, and what appeared to be a vehicle’s engine compartment was sent flying towards a building.

One car, a white Toyota Prius, crashed into a nearby music store.

The cause of the collision remained under investigation Wednesday morning and no further details were immediately available.