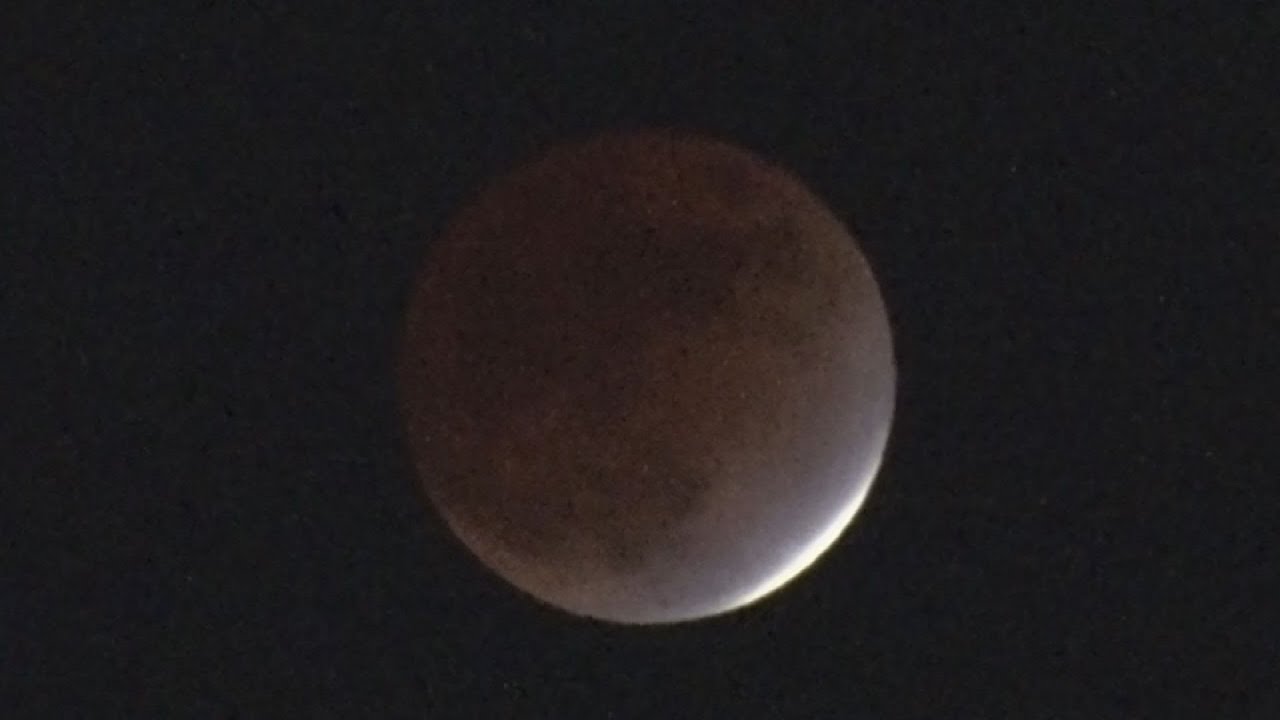 A lunar eclipse occurs when the Sun, Earth, and Moon are aligned so that the Moon passes into the Earth’s shadow.

Shortly after 6 p.m. Japan time, about 98 percent of the Moon’s diameter was covered.

The phenomenon was visible around the country. An event to observe it was held on the roof of a 230-meter tall building in Tokyo’s Shibuya ward.

A number of people watched the phenomenon through telescopes and took photos.

At the climax, almost the entire Moon appeared dark red, while the tiny section of it that was not covered by the Earth remained a glowing white.

A 7-year-old boy said that he saw the Moon through a telescope for the first time, and it was a beautiful red color.

A woman in her 40s who has observed lunar eclipses before said that this time, the Moon appeared between the clouds, and it was beautiful and mysterious.

The National Astronomical Observatory of Japan says the next lunar eclipse that can be seen in the country will be a total eclipse on November 8 of next year.