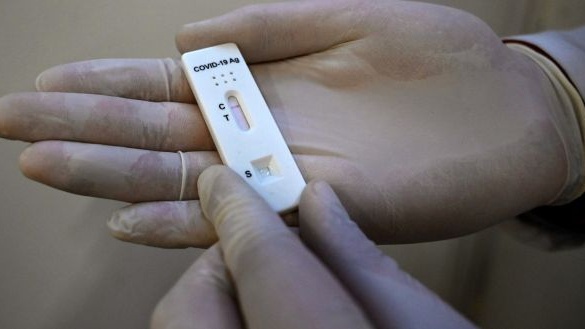 Subsidised antigen testing that is “affordable” is needed to avoid cost inhibiting people from taking part in public health measures, an infectious diseases physician has said.

Prof Paddy Mallon, infectious diseases physician at St Vincent’s Hospital and professor of microbial diseases at UCD was speaking on Newstalk’s On The Record about the recommendations of a new expert advisory group on rapid testing, of which he is a member.

The advisory group recently recommended that individuals who attend restaurants, cinemas, bars and nightclubs, or who participate in contact sports, multi-household visits or car-sharing, should use antigen tests regularly.

The group looked at four main steps to establish whether an individual should take a test, he said.

“The first step is to take a look at the age profile of people that will be partaking in particular events. The next step is that we look at the background prevalence of Covid-19 on a given date or on a given week.”

Based on that, the event itself should be considered as to whether it is a higher risk or lower risk event.

Coming up to the Christmas season, which was “usually a lot more social” with multiple households coming together, the group’s recommendation was to test at least twice a week, he said.

“We all want to ensure that we’re actually partaking in these activities in a safe environment. Our recommendation is that you should be testing at least twice a week, and if you’re doing these activities regularly, the test should be three days apart.”

“The more people that do that, the greater impact that the testing will have on reducing risk associated with all of these activities, and the safer these activities come for everyone,” he told Newstalk.

There was a “general consensus” among the expert advisory group that a “level of subsidies are indeed needed.”

The group did not want cost to be “one of the big inhibitors of people actually taking part in a public health intervention.”

There was a need for antigen tests to be “affordable” for members of the public, he said.

The group were also aware of the “limitations” of antigen testing but had taken those into account in the approach to their recommendations.

“There’s no such thing as a perfect test. We need to move on in the knowledge that the tests are positive, as well as negative features,” he said.