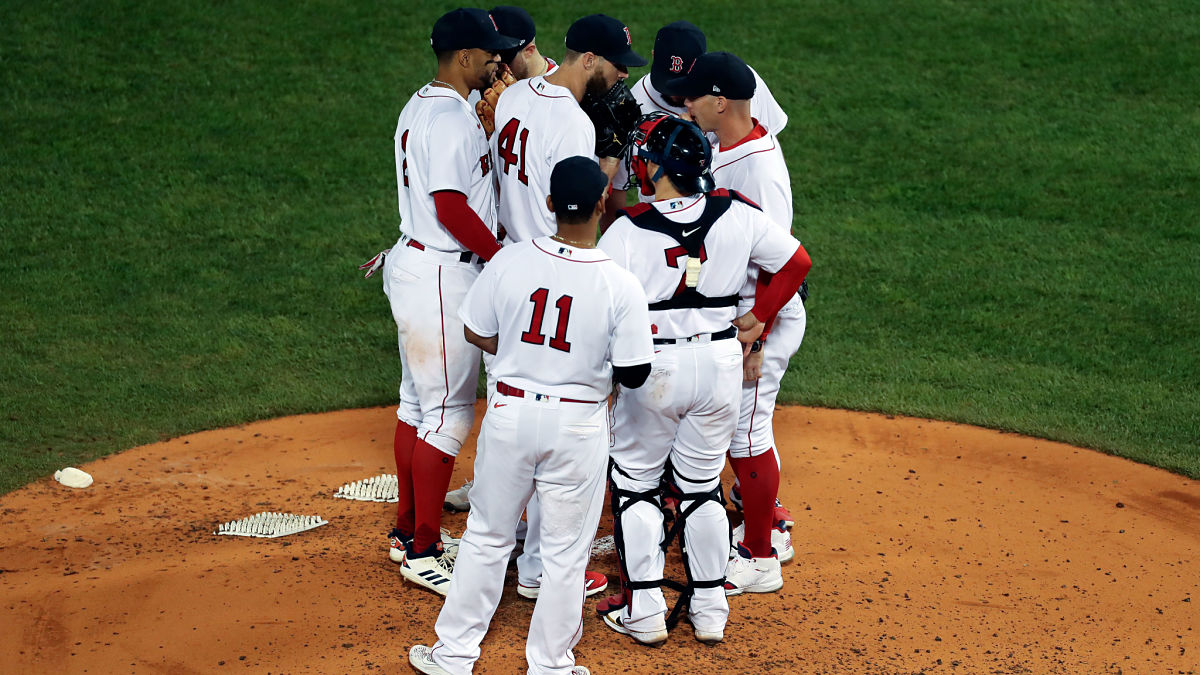 “I feel like this is a team that this is our story,” Martinez said, as transcribed by ASAP Sports. “We’ve been written off all year. Nobody, I don’t think anyone in here either, thought we were going to be here. To that we know what we’re capable of, and I think no one is not believing in themselves or not believing in our team that we can go out there and go off, you know?”

Still, the team is aware of the ramifications of the disappointing outcome when they had a chance to clinch the series at home.

Sale was blunt in his assessment:

“Not in a good spot going back to Houston,” he said, via ASAP Sports. “There’s no denying that, but this team has won two games in the playoffs back-to-back before, and we think we can do it again.”

Meanwhile Cora laid out a plan for what the Red Sox will do between locking up Fenway Park — potentially for the season — and taking the field at Minute Maid Park on Friday.

“Obviously, here it’s a lot different because if we don’t win the next game, the season is over,” Cora said. “But like you said, we’ve been in this situation before, so nothing is going to change. In the next 24 hours we’ll take a look at a few things. We learn from our mistakes and what they do in the last two days, and we’ll be ready for the next one.”

Game 6 of the ALCS is scheduled for Friday at 8:08 p.m. ET. The game will be broadcast on FS1, but NESN will air pregame coverage beginning at 7 p.m. and have postgame coverage immediately following the final out.