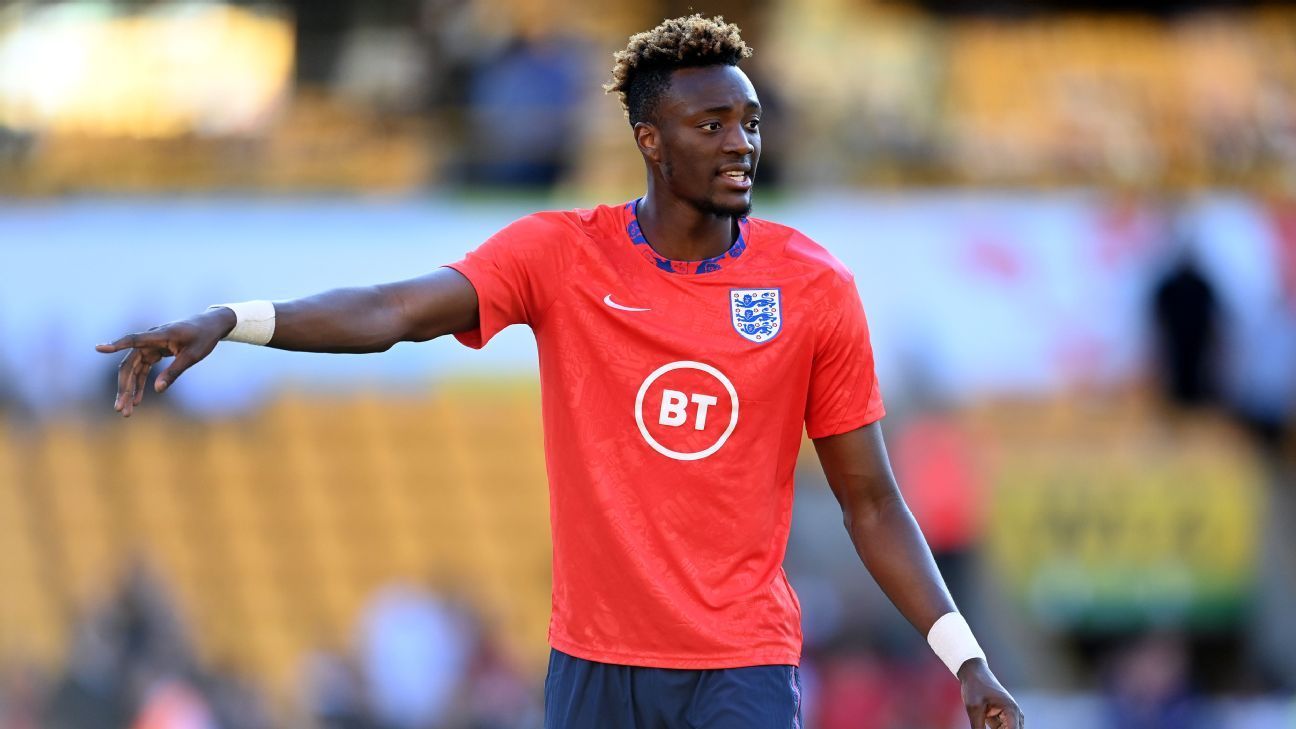 The summer transfer window is approaching, and there’s plenty of gossip swirling about who’s moving where. Transfer Talk brings you all the latest buzz on rumours, comings and goings and, of course, done deals!

Arsenal and Manchester United could be set to battle it out for the signature of England international Tammy Abraham this summer as they continue their search for a striker, reveals Corriere dello Sport.

The 24-year-old forward is reported to have caught the attention of a number of clubs last season, having enjoyed an impressive campaign at AS Roma with 17 goals in 37 Serie A appearances, but it is the Gunners and Erik ten Hag’s United who are leading the race.

As Abraham joined the Giallorossi for around €40 million from Chelsea last season, the Blues will have the first option to sign Abraham should they wish to bring him back to Stamford Bridge for €80m. However, any move could prove difficult, with indications that Abraham is happy in Italy and has no plans to leave the Estadio Olimpico.

08.30 BST: ICYMI – Bayern Munich have reached an agreement to sign Sadio Mane from Liverpool and end his six-year spell at Anfield, sources have told ESPN.

The Senegal international’s future at Liverpool had been in serious doubt since forward Darwin Nunez joined the Premier League side from Benfica in a club-record deal worth up to €100m.

A person familiar with the situation said on Friday that Liverpool have agreed a fee with the Bundesliga champions in a total package worth €41m.

– Manchester United are preparing to make a new proposal to Barcelona next week, as they look to secure a deal for Frenkie de Jong, according to Fabrizio Romano. United boss Ten Hag has reportedly made the 25-year-old midfielder a key target this summer, and the Blaugrana could be prepared to move him on for around €85m as they look to raise funds to make reinforcements in other areas of the team.

– Celtic and Udinese are set to battle it out for Metz star Amadou Mbengue, writes Foot Mercato. The 20-year-old midfielder attracted plenty of interest in January from the Bundesliga, but it now looks as though more clubs across Europe will join the race for his signature. Mbengue is set to become a free agent on June 30, having yet to agree new terms with Les Grenats.

– Mario Gotze looks set to return to the Bundesliga, with reports suggesting he is edging closer to a move to Eintracht Frankfurt, according to Sport1. Talks are reported to be scheduled for next week, with the 30-year-old PSV Eindhoven forward reportedly choosing the Europa League champions as his next destination. Gotze also is on the radar of Benfica.

– Liverpool are interested in signing Marco Asensio, according to Sport. Despite recent reports suggesting that the Reds had concluded their transfer business this summer, the report indicates that Jurgen Klopp has identified Asensio as a target. The 26-year-old attacking midfielder made 31 appearances for Real Madrid in LaLiga last season, scoring 10 goals.

– River Plate will restart talks with Atletico Junior as they look to complete a move for Miguel Borja, according to Pipe Sierra. It is reported that the Colombian club could be persuaded to allow the 29-year-old forward to leave for the right fee, with River preparing to make an offer in the next week. The Colombia international scored eight goals in 11 games in the Liga Dimayor regular season, and he has since scored twice in six matches during the playoffs.