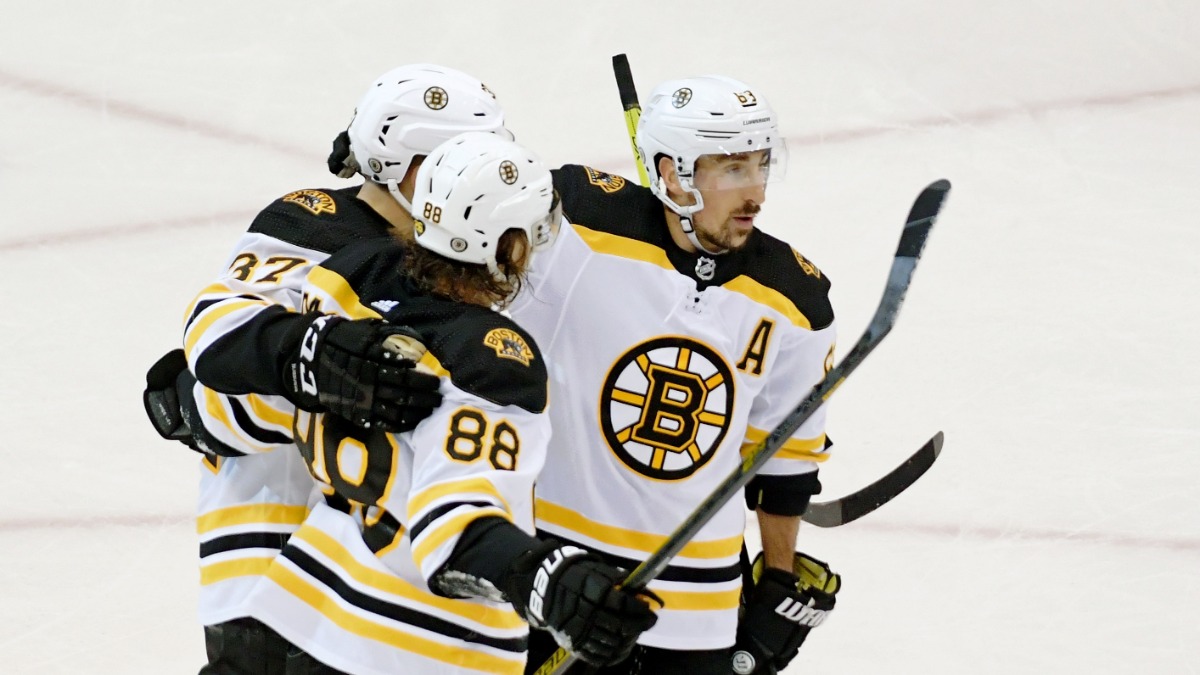 The Bruins hope to get back in the win column Saturday afternoon against a Devils team that has won three straight.

Boston takes on New Jersey at Prudential Center coming off an ugly 5-3 loss to the Edmonton Oilers on Thursday night at TD Garden. The Devils, meanwhile, are fresh off a shutout win over the New York Islanders.

As for the lines, Karson Kuhlman will slot onto the third line in place of Craig Smith. Oskar Steen, who was recalled from Providence on Friday, could play Sunday against the Montreal Canadiens.

Jeremy Swayman will start between the pipes for the Bruins. Devils head coach Lindy Ruff told reporters both Mackenzie Blackwood and Jonathan Bernier are available to play and will make a decision during warmups.

NESN will air Bruins-Devils in full, with pregame coverage starting at 12 p.m. ET. Puck drop from Prudential Center is scheduled for 1 p.m. If you’re on the go, you can stream the game on Watch NESN Live.

Here are the projected lines and defense pairings for both teams: