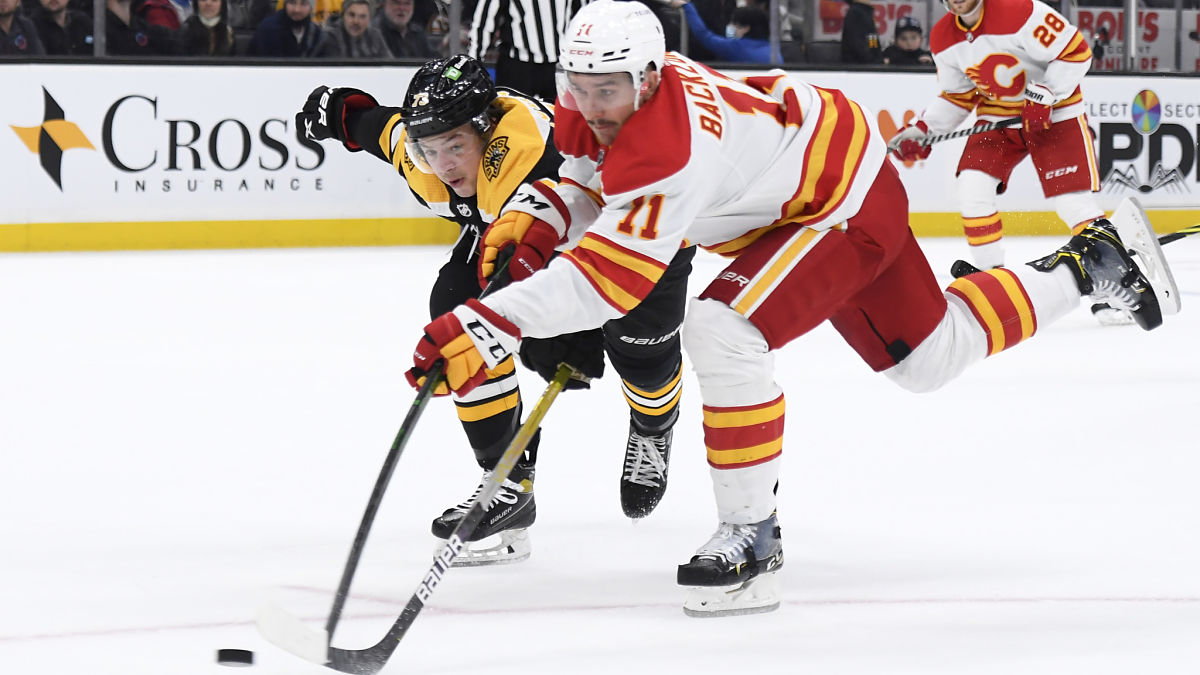 BOSTON — Both head coach Bruce Cassidy and captain Patrice Bergeron shared how they believe the 2021 edition of the Boston Bruins has formed their identity through the start of the season, but indicated how Sunday’s shutout loss to the Calgary Flames was not indicative of it.

“Well, we feel that we had a good week, the past stretch of games, we’ve played well, played hard. So, I think we are a defensive team,” Cassidy said after a 4-0 loss to the Flames.

“We have an identity, but we’re still working on it to be that team every single night,” Cassidy added. “There’s still a little bit of that for the whole group to be every night and tonight’s a good example. We were talking about that Tuesday. It’s got to be an every night against every team routine. So, I think I myself believe we have an identity, we just got to play with it. And tonight we weren’t able to do that.”

Bergeron added much of the same, but shared how the top line, which he referred to as a group of “hard-skill,” will need to bring more than what they did Sunday. Cassidy criticized that group after the loss, as well, particularly noting the fact Boston went 0-for-3 on the power play.

“I think tonight, obviously, is not the type of game that we need to play if we want to be successful,” he continued. “I think that’s the perfect example tonight of getting away from our game, and as I said, not executing and not simplifying our game and not playing hard-skill, trying to be too cute or too fancy. Many times (Calgary) took advantage on bad puck plays or giveaways.”

Sunday marked just the second time this year that the Bruins were shut out. Boston lost the shots-on-goal battle 31-27, and had double the amount of giveaways (12-6). Many of those showed through on the man-advantage, too.