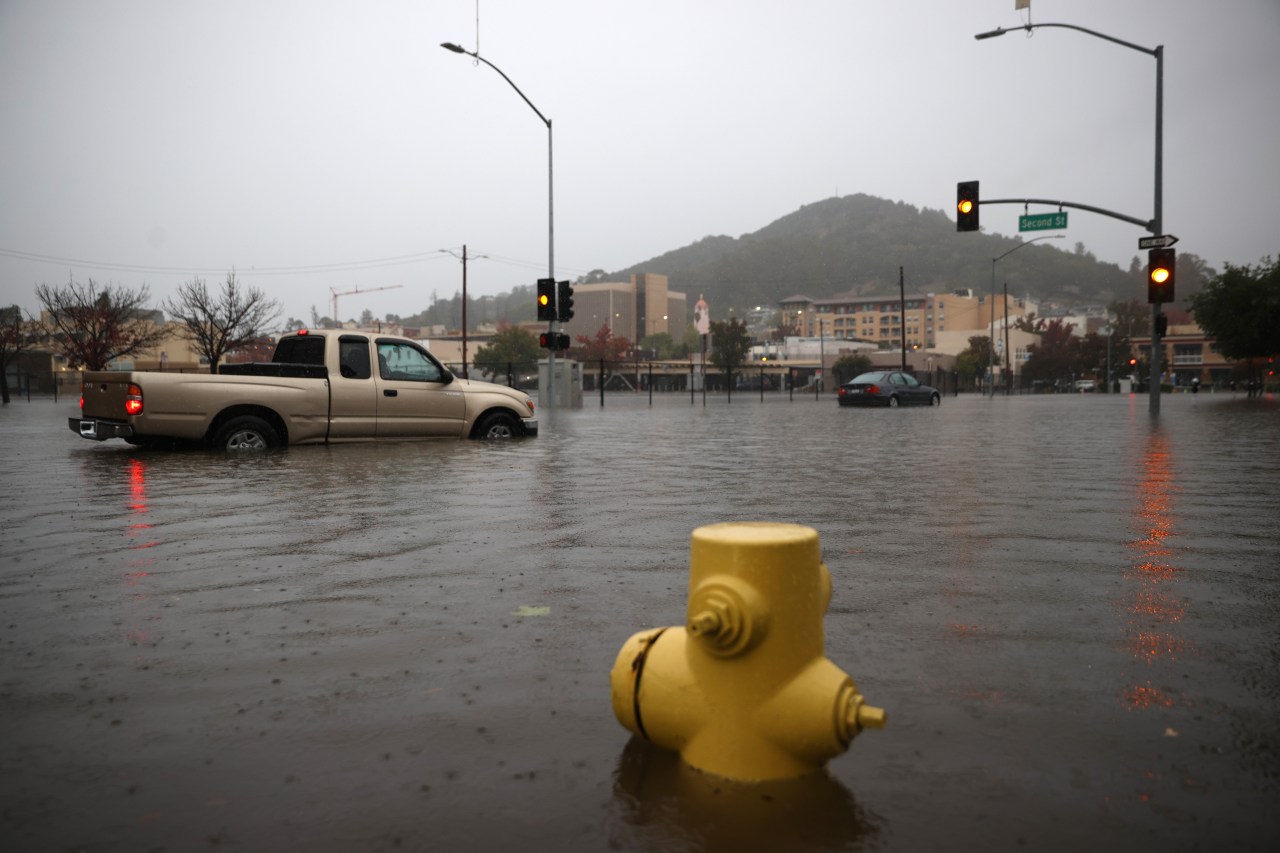 An atmospheric river storm system brought much-needed rain to drought-stricken California on Sunday and Monday, including record amounts in Sacramento and San Francisco, according to the National Weather Service.

Downtown Sacramento received 5.44 inches of precipitation, the most ever recorded in a 24-hour period there. The amount bests the city’s old record of 5.28 inches, which dates back to 1880, NWS reported.

Meanwhile, downtown San Francisco saw 4.02 inches of precipitation, making it the city’s rainiest day ever recorded in the month of October, the weather service said. The total shatters the city’s previous October record of 2.48 inches set on Oct. 13, 2009.

“It’s been a memorable past 24 hours for the Bay Area as the long talked-about atmospheric river rolled through the region,” the local weather office said. “We literally have gone from fire-drought conditions to flooding in one storm cycle.”

In addition to flooding that resulted in road closures, the powerful storm also led to widespread power outages that left tens of thousands of Pacific Gas & Electric in the dark, as well as some evacuations amid concerns over potential mudslides and debris flows in recent burn areas.

It remains to be seen if the first significant storm of the season will make a dent in the drought that’s plaguing California and other western states.

California’s last year, which ended Sept. 30, was among the driest on record in the state. And some of the state’s most important reservoirs remain at record low levels.