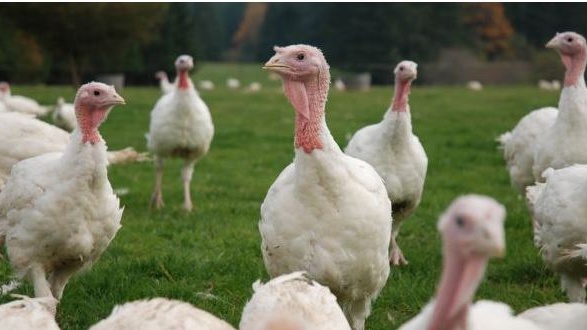 A number of cases of bird flu have been detected among Irish turkeys, according to the Department of Agriculture.

Avian Influenza H5N1 was confirmed in a turkey flock from Monaghan after the birds were tested.

Restriction zones are established in the area in an effort to prevent further spread.

A census of all holdings within these zones will be conducted, according to the department.

The movement of live poultry, other captive birds, hatching and table eggs, used litter, manure and slurry is to be restricted.

The movement of poultry feed will not be restricted except in “suspect” or “infected” premises.

However, biosecurity measures will apply to the movement of vehicles used to deliver poultry feed between farms in the restricted zones.

The department said there is no evidence that the consumption of poultry meat or poultry meat products carries a risk.

The Health Protection Surveillance Centre confirmed that no human infections of this virus have been reported in Europe, and therefore the risk to humans is considered very low.

However, members of the public are advised not to handle sick or dead wild birds, including ducks, geese, swans, gulls or birds of prey.

Instead, they should report them to the Regional Veterinary Office, or contact the department’s disease hotline on 01 492 8026.

Poultry keepers should also look out for signs of disease in their birds, such as a swollen head, discolouration of the neck and throat, loss of appetite, respiratory distress, diarrhoea and fewer eggs laid.

If keepers suspect disease in their own flock, they should notify the nearest Regional Veterinary Office or ring the Avian Influenza Helpline on 01 607 2512, or the outside of office hours number on 01 492 8026.

The department also said an early warning system is in place with Birdwatch Ireland, the National Parks and Wildlife Service and the National Association of Regional Game Councils all paying particular attention for signs of disease in wild birds.

In the meantime, the Minister for Agriculture, Food and the Marine, Charlie McConalogue, has introduced regulations under the Animal Health and Welfare Act 2013 requiring flock keepers to confine all poultry and captive birds in a secure building, so no wild birds or other animals can access them.

These regulations will come into force on November 22nd.