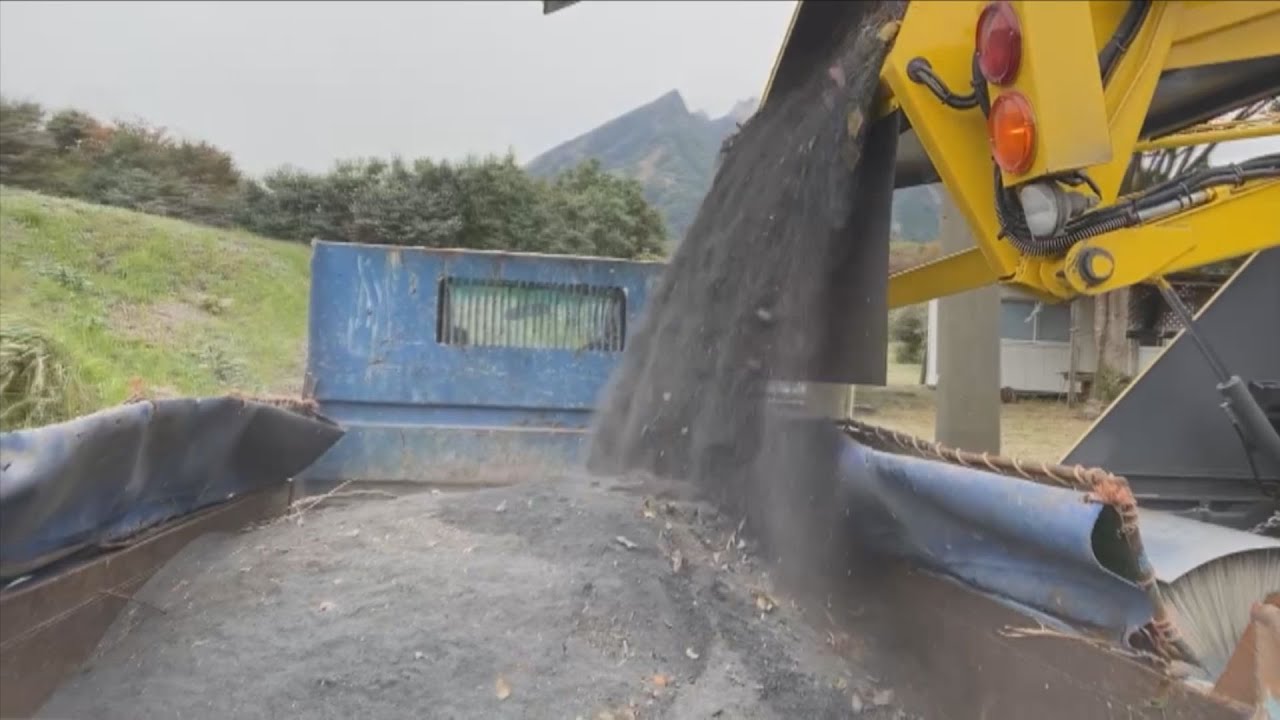 People in the western Japan prefecture of Kumamoto are busy cleaning up after Mount Aso erupted on Wednesday.

Mount Aso is one of the country’s most active volcanos. The Meteorological Agency has raised the volcanic alert for Mount Aso to Level 3 on a five-degree scale to restrict access to the mountain. It says large volcanic rocks and pyroclastic flows — super-heated mixtures of ash, lava and volcanic gas — could hit an area within 2 kilometers of the crater that erupted.

On Thursday morning, children at an elementary school 4 kilometers from the crater showed up wearing goggles to protect their eyes from the ash in the air.

In Takamori Town, southeast of the volcano, officials mobilized special vehicles to clear ash off the main roads. About three tons of volcanic ash was removed in one hour. A town official said the large volume of ash being carried by winds is posing a threat to the harvest.

The eruption of Mount Aso has not affected the operations of a popular tourist site, known as Kusasenri, about 3 kilometers from the crater.

A volcano museum and some restaurants at the site opened on Thursday morning, but there were fewer tourists than usual.

The head of the local tourism association, Kikuchi Shuichi, said the eruption occurred just when they were starting to welcome visitors back following the lifting of the nationwide coronavirus state of emergency.

He reassured tourists, saying they should feel safe as none of the sightseeing facilities or hotels in the area have been affected by the eruption.

A men’s PGA golf tournament restarts in Japan, after a year’s absence, featuring some of the world’s best players, such as Olympic gold medalist Xander Schauffele of the United States and this year’s Masters winner Matsuyama Hideki.

The operator of Tokyo Disneyland and Tokyo DisneySea said Thursday that it will extend the operating hours of the theme parks, beginning next month, and resume the Dreamlights nighttime parade in Disneyland on Nov. 1.

Anorexia cases up 60% among people younger than 20 in Japan

New anorexia cases among people younger than 20 in Japan grew 60% from the previous year in fiscal 2020 amid the novel coronavirus crisis, a survey by the National Center for Child Health and Development showed Thursday.