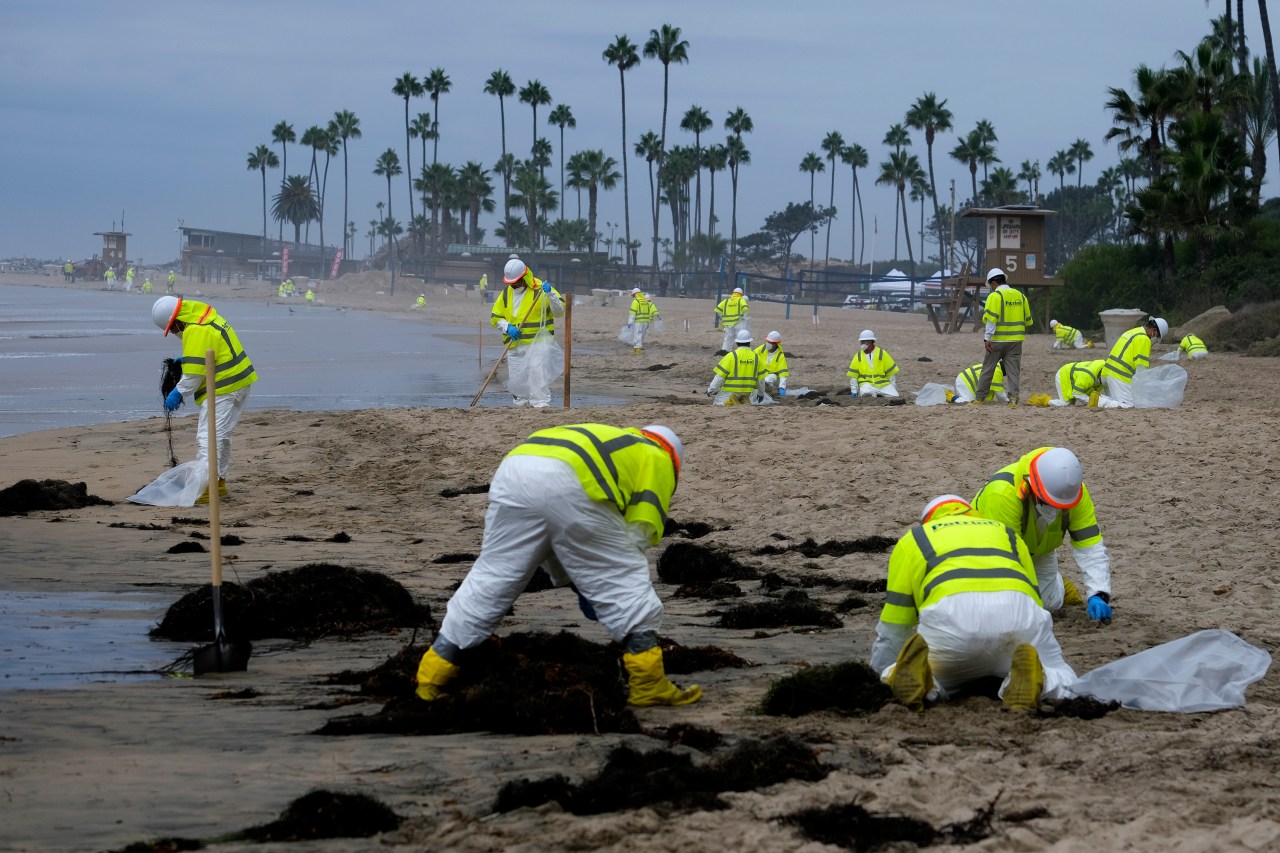 The Coast Guard received multiple reports of a possible fuel spill off the Southern California coast earlier than previously disclosed and asked local authorities to investigate about 15 hours before its own personnel confirmed a large oil slick, which came from a leaking undersea pipeline, records show.

The initial reports of a possible spill north of the Huntington Beach pier came into the Coast Guard about 5:30 p.m. on Oct. 1, according to an Orange County Sheriff’s Department’s memo provided Wednesday to The Associated Press. The documents said there were multiple similar calls over a marine radio emergency channel from boats leaving the Huntington Beach air show.

The department, which runs the county’s harbor patrol, sent a fireboat to search for the spill, but the crew lost visibility as darkness fell, according to the memo obtained through the California Public Records Act. The spill wasn’t confirmed until about 9 a.m. Saturday.

The documents raise more questions about the Coast Guard’s response to a spill that forced the closure of some of the region’s signature beaches and harmed animal and plant life.

U.S. Coast Guard Lt. Commander Jeannie Shaye said an official report came from the National Response Center after dark on Friday. She could not immediately answer questions about the marine radio calls that, according to the county memo, came in before that time or the harbor patrol’s search on Friday.

Assemblywoman Cottie Petrie-Norris, who chairs a state legislative committee looking into the spill, said she was told the spill was reported much later Friday evening when it was too late to detect because of darkness.

“It seems too crazy in a world where we’re trying to send a man to Mars that we can’t inspect a potential oil slick in the dark,” she said.

Miyoko Sakashita, an attorney with the Center for Biological Diversity, said the Coast Guard should have responded more aggressively after getting the initial reports.

“An investigation should have immediately taken place, and it could have significantly reduced the size of the spill,” said Sakashita, whose organization has called on the federal government to stop offshore oil drilling. “Among all those reports, you should be able to triangulate that there’s something that needs investigation immediately.”

Prior to release of the sheriff’s department documents it was thought that the first word of a possible spill came to the Coast Guard at 6:13 p.m. on Oct. 1 from a foreign ship anchored off Huntington Beach that reported a sheen on the water that was more than 2 miles (3.2 kilometers) long.

Rear Adm. Brian Penoyer previously told the AP that the Coast Guard put out a radio broadcast to vessels in the area and oil platforms looking for reports confirming a possible spill. But Capt. Rebecca Ore, the unified response commander, said no such broadcasts were made.

Coast Guard officials said they needed to look into what — if anything — was done at the time, but have repeatedly declined to answer questions about the purported broadcast.

Penoyer said the Coast Guard did not send a boat out to look for the spill because it was limited by darkness and didn’t have the technology to detect it. The report by the Orange County Sheriff’s Department, however, says the Coast Guard did request that the Harbor Patrol dispatch a boat.

The next morning, the Coast Guard reached out again to the Harbor Patrol, and its hazardous materials investigators went out on a county fireboat. Authorities on that boat located a miles-long black plume several miles offshore, the memo said.

Huntington Beach Mayor Kim Carr said it’s not clear that earlier notice would have made a difference.

“Hindsight is 20-20,” she said. But Carr added that had she known about the 5:30 p.m. report, it would have elevated the first notice she got of a possible spill at around 9 a.m. the next morning.

Federal investigators are examining whether the Panama-registered MSC DANIT, a 1,200-foot (366-meter) container ship, was dragging anchor during a Jan. 25 storm and snagged the pipeline and dragged it on the seabed. It’s not known why the leak occurred eight months later. Authorities are looking into whether other anchors hit and weakened the pipeline or if a preexisting condition with the line was to blame.

Houston-based Amplify Energy owns and operates the pipeline that ferries oil from the company’s three offshore platforms. It is being scrutinized for its maintenance of the pipe and whether it reacted fast enough to the spill.

The Coast Guard says about 25,000 gallons (94,635 liters) of oil spilled off Orange County. Blobs of oil and tar balls washed ashore, forcing a weeklong closure of beaches that greatly disrupted the local economy and killing dozens of birds. Environmental advocates say the damage was less than initially feared but the long-term impact on wetlands and marine life is unknown.

Pete Stauffer, environmental director for Surfrider Foundation, which is working as a liaison between non-governmental agencies and the unified command for the spill response, said a swift response to a spill is key to limiting damage.

“When there’s a report of a significant-sized oil slick on the ocean, it’s important to investigate,” Stauffer said. “What happens in the first hours and days during an oil spill is absolutely critical.”

Nearly three weeks since the spill, officials are starting to wind down some of the clean-up efforts as conditions along the coastline have improved. While tar balls continue to wash up farther south in San Diego County, beach clean up in some areas of Orange County could soon be deemed complete, California Fish and Wildlife Lt. Christian Corbo said Wednesday.

Workers are also scaling back efforts to scour the coastline for oiled wildlife, but they will continue to respond to reports from the public of oiled birds, said Dr. Michael Ziccardi, director of the Oiled Wildlife Care Network. Six birds that were treated for oiling were released Wednesday along the shoreline and another six are still being cared for, he said, adding they will hopefully be released next week.

A group of environmental organizations Wednesday demanded that the Biden administration suspend and cancel oil and gas leases in federal waters off the California coast. The Center for Biological Diversity and about three dozen organizations sent a petition to the Department of the Interior, arguing it has the authority to end these leases and that the decades-old platforms off the coast of California are especially susceptible to problems because of their age.

The Department of the Interior declined to comment on the petition.