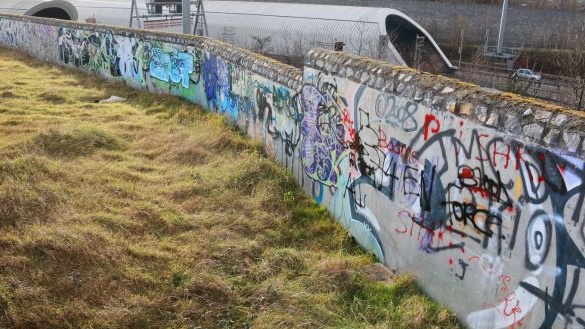 The construction of more than 850 social and affordable homes on one of Dublin City Council’s largest sites, has been approved by councillors, almost eight years after it was first proposed.

A deal with developer Glenveagh will see 853 homes built at Oscar Traynor Road in Santry, 40 per cent of which will be used for social housing, 40 per cent for cost rental homes, and 20 per cent sold to low- and middle-income workers qualifying for the upcoming affordable purchase scheme.

In a contentious vote the disposal of the site to Glenveagh was approved by 36 to 23 with Fianna Fail, Fine Gael, Green Party and most Labour councillors in support, and Sinn Féin, the Social Democrats, People Before Profit and most Independent councillors voting against.

The ratification of the deal comes one year after councillors rejected an earlier agreement with Glenveagh which would have resulted in 30 per cent social housing, 20 per cent affordable housing and 50 per cent of the homes sold privately by the developer.

Following an initial assessment of their plan by the Department of Housing it would be “at least five years before the new project would be progressed to a ready-to-build stage”, according to the council’s housing section.

However it said Glenveagh was willing to sell a further 10 per cent of the private homes to the council, increasing the percentage of social homes to 40 per cent. It would also be willing to sell 40 per cent to an approved housing body for a cost-rental scheme. The remaining 20 per cent could be sold for affordable housing, achieving the same proportions of housing as the councillors’ plan.

Recent increases in Government subvention and loan schemes meant the housing could be provided at a lower cost than previously estimated with affordable homes costing €204,000-€238,000 for a one bed to €250,000- €306,000 for a three bed, with cost-rental prices up to €1,500 a month for a two-bed apartment, the council said.

Glenveagh chief executive Stephen Garvey has said the company would “endeavour to commence construction in late 2022, subject to a successful planning application”, with all homes completed within four years.

Meanwhile senior council housing officials are to seek legal advice on Tuesday on the proposed lease of social housing from the pension fund of British arms manufacturer BAE Systems.

Councillors on Monday night said they were opposed to the council officials proceeding with an agreement to lease the homes recently purchased by the company. These include a mix of newly-built apartments and houses, as well as refurbished homes on different roads in Kimmage and Crumlin which were snapped up by the pension fund.

Dave Dinnigan, the council’s director of housing delivery acknowledged councillors had concerns and said he believed they were “well meant” he said: “I will be talking to our law agent in the morning on what options are available to us and I will come back to the members with our decision. I don’t want to get into the particulars of that case tonight, but we will be making a decision on this as soon as I’ve talked to the law agent tomorrow.”