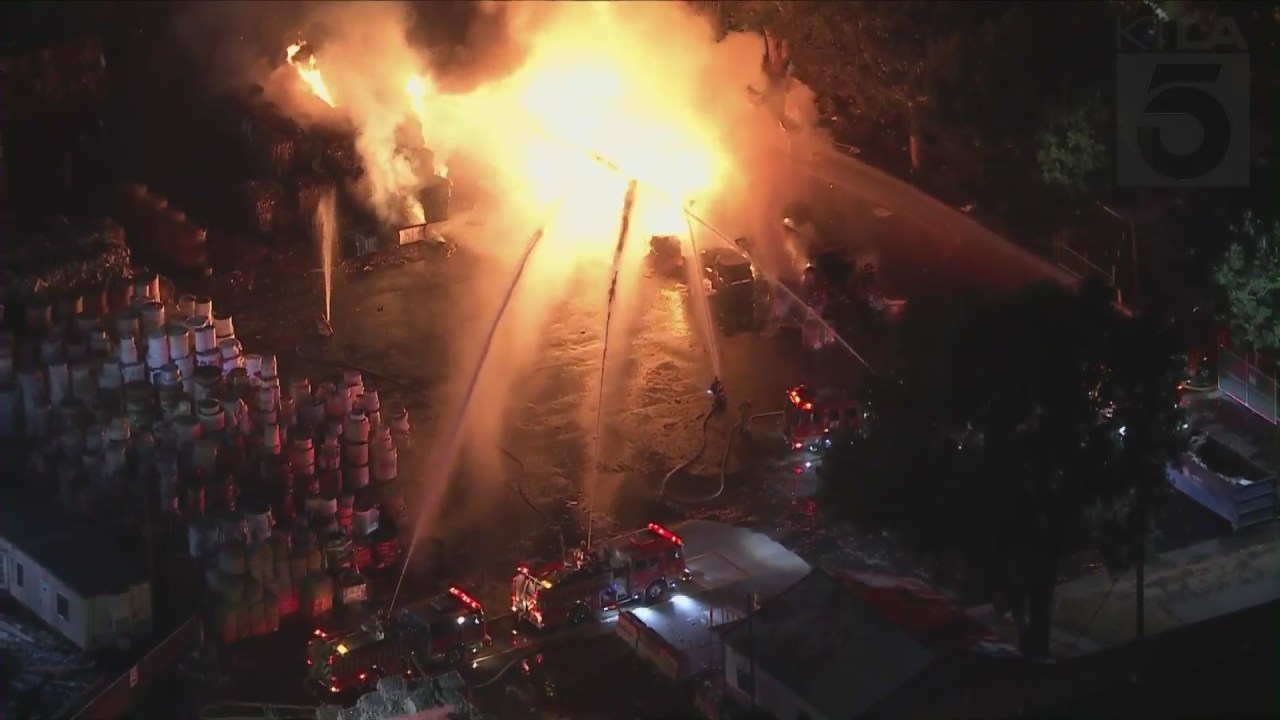 Firefighters are working to extinguish a large blaze that broke out at a recycling yard in Commerce Tuesday night, officials said.

The fire was spreading among items stacked tall and compacted in the yard as Sky5 arrived above the scene about 10:30 p.m. Crews had at least five hoses aimed at the fiercely burning inferno.

The flames were still active as Sky5 left the scene half an hour later, but firefighters appeared to have a handle on the situation.

It was unclear what sparked the blaze, and no further details were immediately available.