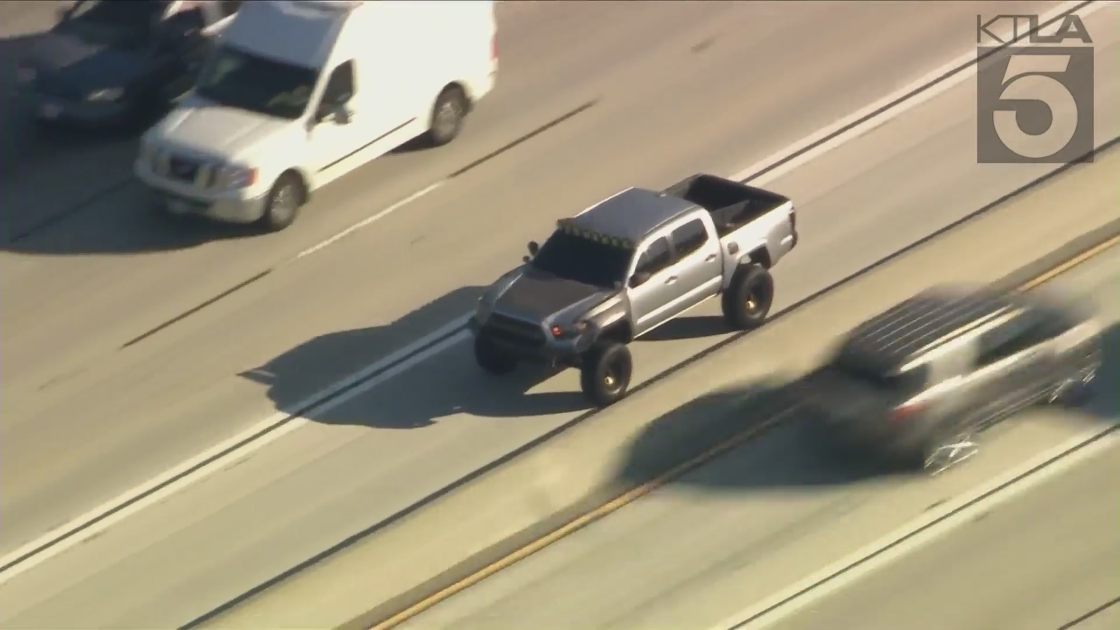 A “dangerous suspect” and two others were taken into custody in a Long Beach shopping center parking lot on Tuesday afternoon, after leading authorities on a pursuit.

The Los Angeles County Sheriff’s Department said a specialized unit initiated the chase, in pursuit of a “dangerous suspect.” It was not yet clear whether that person was the driver or one of two passengers.

Sky5 was overhead around 2:15 p.m. as the driver of the pickup truck was on the 605 Freeway, at one point turning onto a dirt patch and going against traffic.

The driver then got back on the correct side of the road by making a U-turn on the southbound 605 Freeway in the Norwalk area. He continued on, moving through Cerritos and exiting at Del Amo Boulevard.

The truck then went into a parking lot at the Long Beach Towne Center, a busy shopping area located at 7575 Carson Blvd.

The driver parked, opened the front door, threw his keys out of the car and could be seen putting his hands up.

A female passenger also appeared to put her window down and her hands up.

A third person then get out of the vehicle’s backseat and surrendered.

All three people were taken into custody.

No further details were immediatly available.