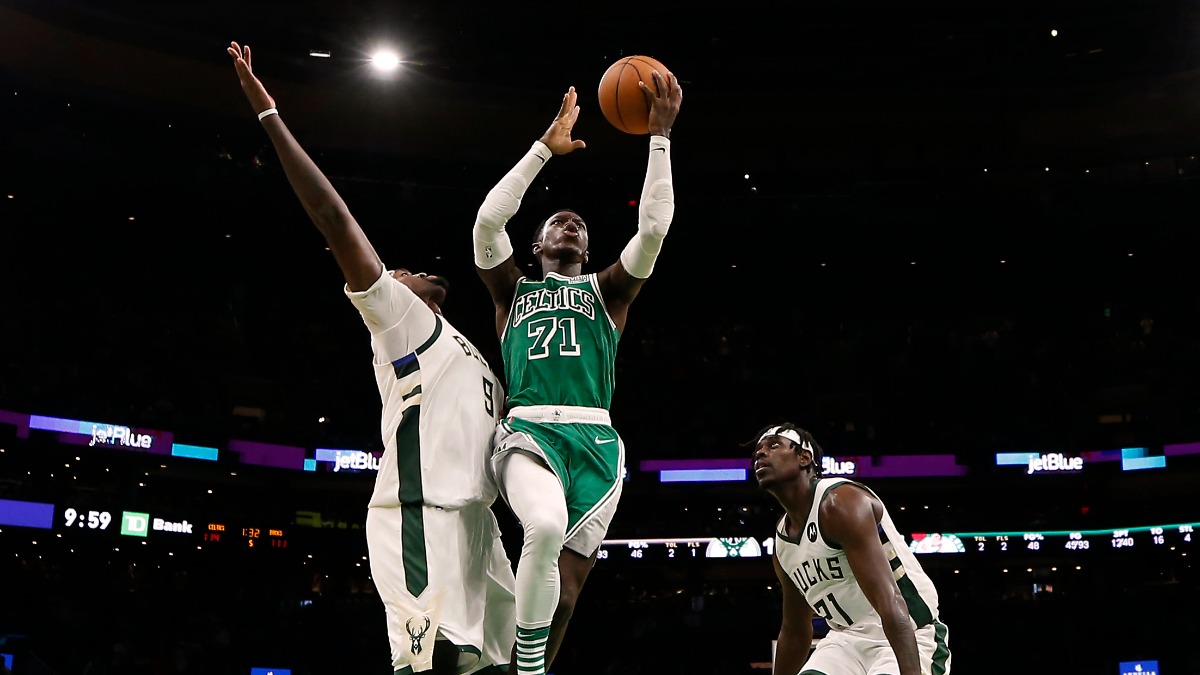 Dennis Schröder had himself a night and TD Garden let him know it.

Schröder had the second highest-scoring game of his career Friday night — second only to a 41-point outburst as a member of the Atlanta Hawks on Mar. 20, 2018 — and carried the load for the Celtics as they overcame a late push from the Bucks.

His performance was so impressive that as he stepped to the free throw line with 54 seconds left in the contest, the TD Garden faithful erupted and rained down “MVP” chants on the 28-year-old.

When asked about it after the game Schröder chuckled and was appreciative, but kept it cool in his response.

“I mean, it’s great. But for me they don’t count, I need a win and that’s what we got tonight.”

They needed a win to get back to .500 and got it thanks in large part to Schröder’s late heroics. They’ll look to keep the momentum going Saturday in the second leg of a back-to-back as they take on the Cleveland Cavaliers on the road.