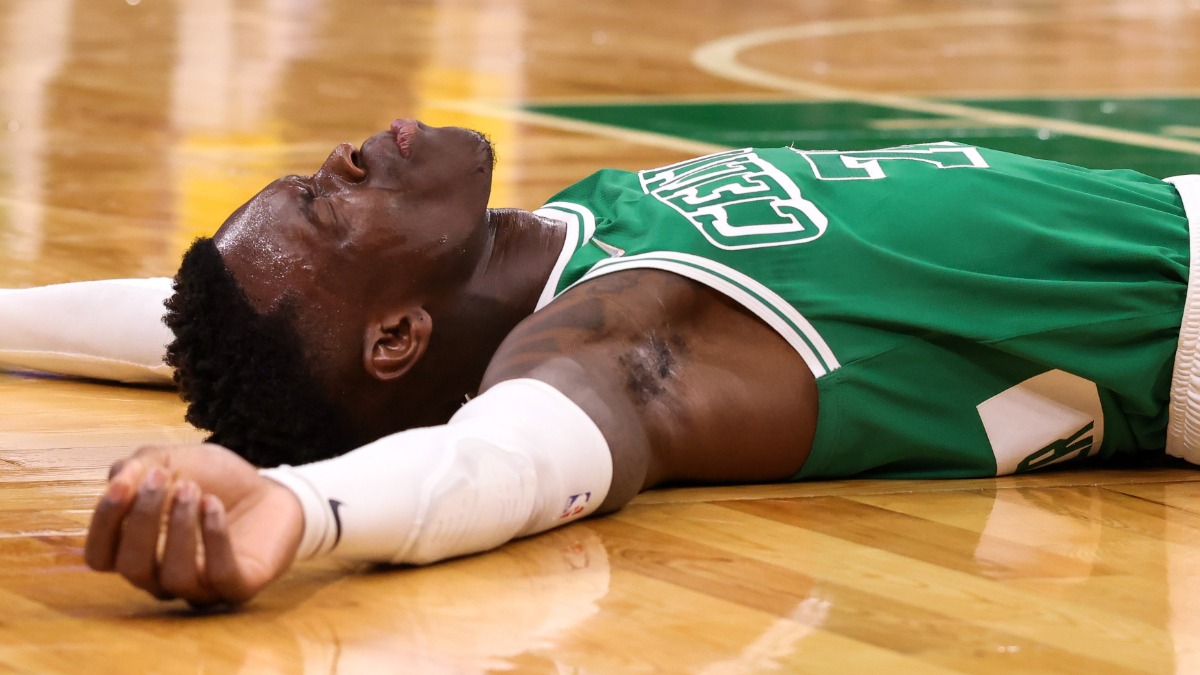 Dennis Schröder decided against re-signing with the Los Angeles Lakers heading into the 2021-22 NBA season and has thrived with the Boston Celtics since.

Schröder signed with the Celtics on a one-year deal worth $5.9 million. The Celtics guard addressed the move during media before the season, and against his old team on Friday, we’re starting to understand his point.

“I’m 28 years old and I’m going to still play in the NBA for a long time. Money is not everything. I want to be comfortable in a situation where I know people appreciate me,” Schröder admitted on media day a few months ago. “How all this stuff happened, you just gotta look forward and just to try to keep improving and try to show people what you’re capable of, and everything?s going to come back.”

Schröder came face-to-face for the first time with his former teammates since his departure Friday — and he went off. The star guard did more than prove his capabilities during the battle at TD Garden.

The newcomer was dealing with a left ankle sprain prior to the competition, but wasn’t going to let that slow him down during the reunion.

“Yeah, I mean, I twisted my ankle pretty bad in the Atlanta (Hawks) game in the third quarter I believe,” Schröder said Friday during a postgame conference. “But, I had to be here for that one tonight, so I made it work.”

When asked about what it was like to play against his former team Schröder was somewhat dismissive in his response.