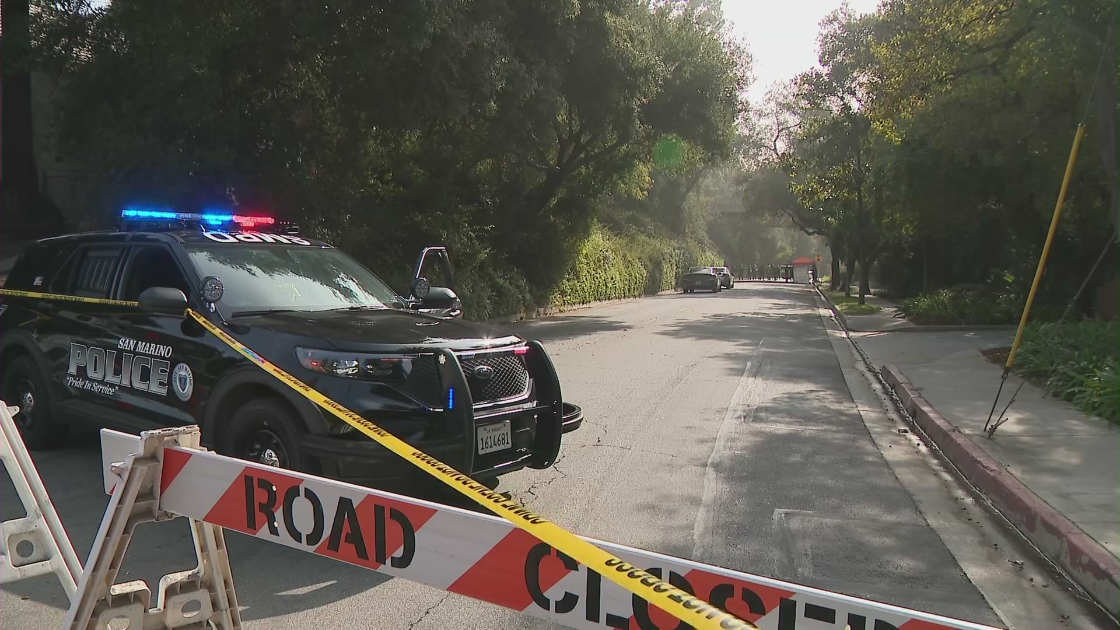 The incident was reported about 5:50 a.m. along the 1300 block of Virginia Road, officials said in a news release. The area is about one mile from the Huntington Library in a neighborhood with gated homes.

The man was found unresponsive in the middle of a street, authorities said. He was pronounced dead at the scene.

A cause of death hast not been determined yet, but based on the preliminary investigation, it doesn’t appear he was shot or stabbed, according to an updated sheriff’s news release.

There was evidence of trauma on his body, but officials said that could be from falling or jumping off a 40- foot bridge that is just above where the body was found.

His death is not currently being investigated as a homicide, the Sheriff’s Department said.

The man, who is believed to be 25 to 30 years old, has not yet been identified.

No further details about the incident have been released.

Police asked residents to avoid the area of the Circle Drive Bridge, Virginia Road between Mill Lane and Mesa Road.

Anyone with information is asked to call the Sheriff’s Department Homicide Bureau at 323-890-5500.