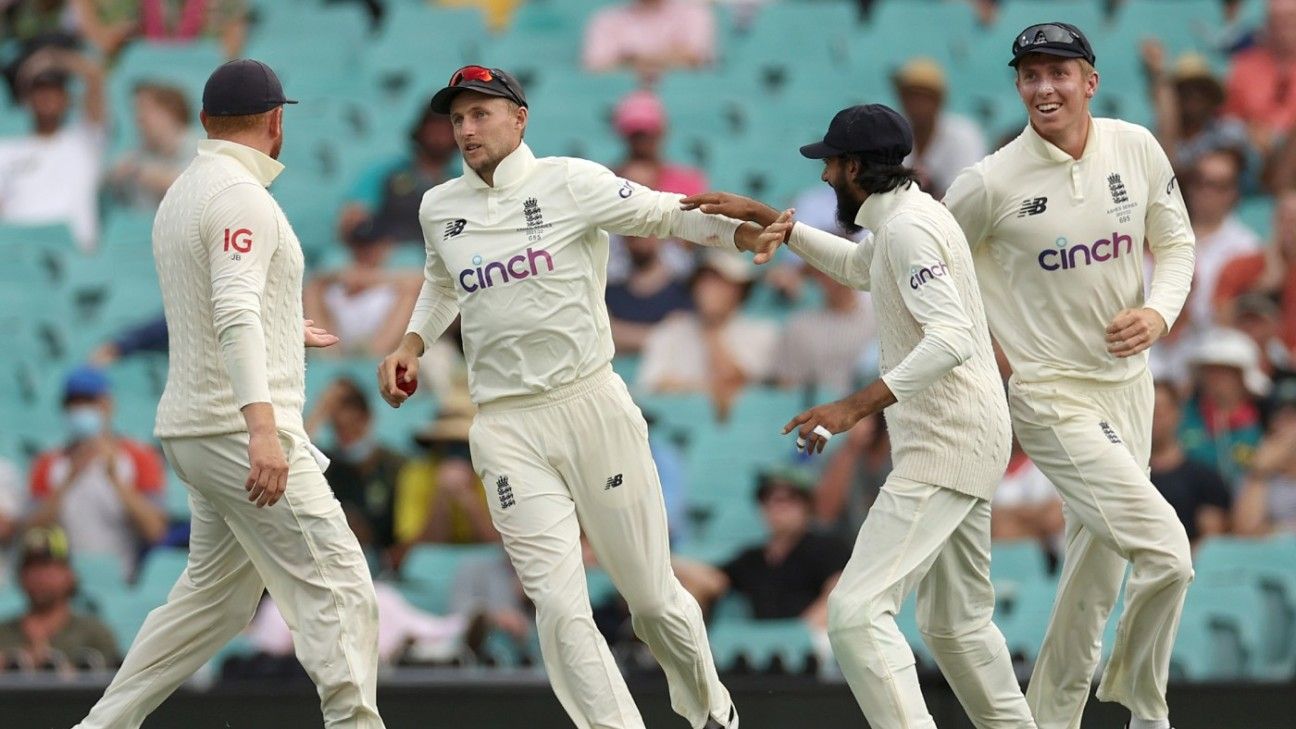 There has been a fair amount of ridicule thrown England’s way for all their talk of planning for an Ashes which was then decided in 12 days. There will be a lot more said and written as the wreckage of the tour is picked through but there has been a glimmer in the last two matches of what Plan A could have looked like if it had come together.

The key plank of England’s bid to win in Australia was to have a battery of fast bowlers – the 150kph variety – that they could rotate through during the five games. In the end Jofra Archer and Olly Stone did not even get on the plane due to their injuries. It has been left to Mark Wood to carry the load and he has done it manfully. His efforts on the opening day at the SCG were made more commendable because he had suffered a stomach bug the night before the game.

In each of the three Tests he has played he has shown what could have been – with either more runs to play with or fellow quicks to share the burden. At the Gabba he found the edge of Steven Smith as England briefly brought themselves back into the game; at the MCG he had Marnus Labuschagne edging to slip and at the SCG he claimed the world No. 1 batter for a second time with a beauty that was nicked to the keeper.

“Obviously [they are] two massive wickets,” Wood said. “You want to try and test yourself against the best players. I’ve been slightly frustrated myself that I’ve felt in great rhythm but haven’t got the amount of wickets that I’d like. But if you get big wickets like those it certainly makes you very happy. Marnus is a top player, a key player in their side, and if we can get Smith in the morning that’s another huge feather in our cap.”

They are but very small interludes in the bigger thrashing Australia have dished out, yet they are telling. Wood has got the better of two of the best batters in the world. Pace has made the difference. Whereas Smith and Labuschagne have that fraction longer to adjust against England’s other pace bowlers, Wood has hurried them into their strokes. Alongside Stuart Broad adding another round-the-wicket dismissal of David Warner it was just the odd glimpse at an alternative Ashes.

“We are trying to make them play as much as possible,” Wood said. “I know we’ve had this bowl fuller thing but actually I’m not sure it’s bowling along the wicket and throwing it up there, it’s hitting the wicket hard and making them play as much as you can. Thankfully made Marnus play that ball, it wasn’t an easy leave ball, and he edged it. The ball before he hit me for four and I just tried to zone in a little bit more and thankfully got it spot on.”

It was also a nice moment for Joe Root who had immediately recalled Wood to the attack in place of Jack Leach – with the main intention of targeting the newly arrived Smith – and it took him just two balls to make an impression. It was not the most inventive piece of captaincy, but on a tough tour it will have been a satisfying moment for Root.

“When Smith came in think it was just a gut instinct from Rooty to get me on,” Wood said. “He wanted me to try have that wicket-taking intent and get one of their two best players out.”

Labuschagne’s wicket came amid England’s best period of the truncated day when Australia looked set to make the most significant use of the play available. But a timely change of ball after the original one had gone out of shape on the damp outfield suddenly changed the complexion as James Anderson got the replacement to move sideways.

Marcus Harris had done so much right during his innings – it was the most confident he had looked all series – and unfurled some terrific drives, notably off the back foot through point off Ben Stokes, but was then lured into fiddling at one outside off. It was a chance missed to build on his hard work of Melbourne in far more friendly batting conditions, even if the stop-start nature of the proceedings had made it tricky.

“When the ball needs changing it’s obviously out of shape and can be a bit soft because the water gets into the ball,” Wood said. “We didn’t feel the other ball was moving laterally. Then I was fielding at square leg to Jimmy and saw him nip a few to Steve Smith so thought maybe the ball had a bit more of a pronounced seam. When you get that newer ball, things just change slightly.”

Overall, this Test has yet to really take shape. Australia will be frustrated that three top order batters couldn’t convert their starts but Warner said he could already see some cracks in what started as a well-grassed surface and batting on days four and five may be tricky. Then there’s the weather which threatens to take out more time. However, from England’s point of view they have a foot in the door. And after the way this tour has gone, that’s something.