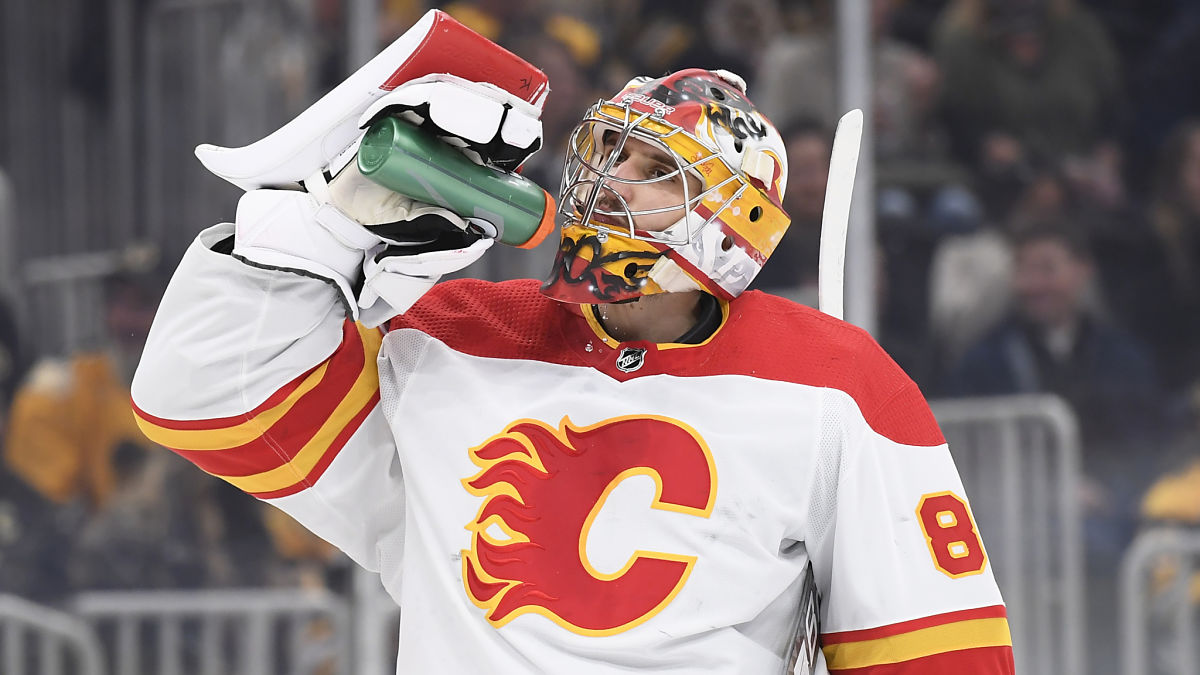 Dan Vladar came back to Boston on a business trip. At least, that was the mindset the Calgary Flames goaltender carried into Sunday night’s game against the Bruins, his former team.

Vladar, who was traded to the Flames over the summer, pitched a shutout with 27 saves in a 4-0 victory for visiting team. After, he told reporters that he was focused on the task at hand rather than any emotions he felt about returning to Boston.

“I just came here with the mindset to get a W,” Vladar said. “I wasn’t trying to think about who am I playing against, because obviously I’ve got a bunch of friends on the Bruins team, and I want them to do well. But if you come here as an opponent, obviously I knew my role. I knew who I’m playing against, I knew whose my family here. So I was just fighting for our team and I really feel like a part of this team.”

The 24-year-old was drafted by the Bruins in 2015 and appeared in five games as a rookie last season. But despite his deep connections to the club, he told reporters he didn’t even say hello to any former teammates prior to the game.

Vladar now is 4-0-1 through five starts, while the Flames’ goaltending tandem of the Czech Republic native and Jacob Markstrom (7-3-4) has combined for seven shutouts in their first 19 games.