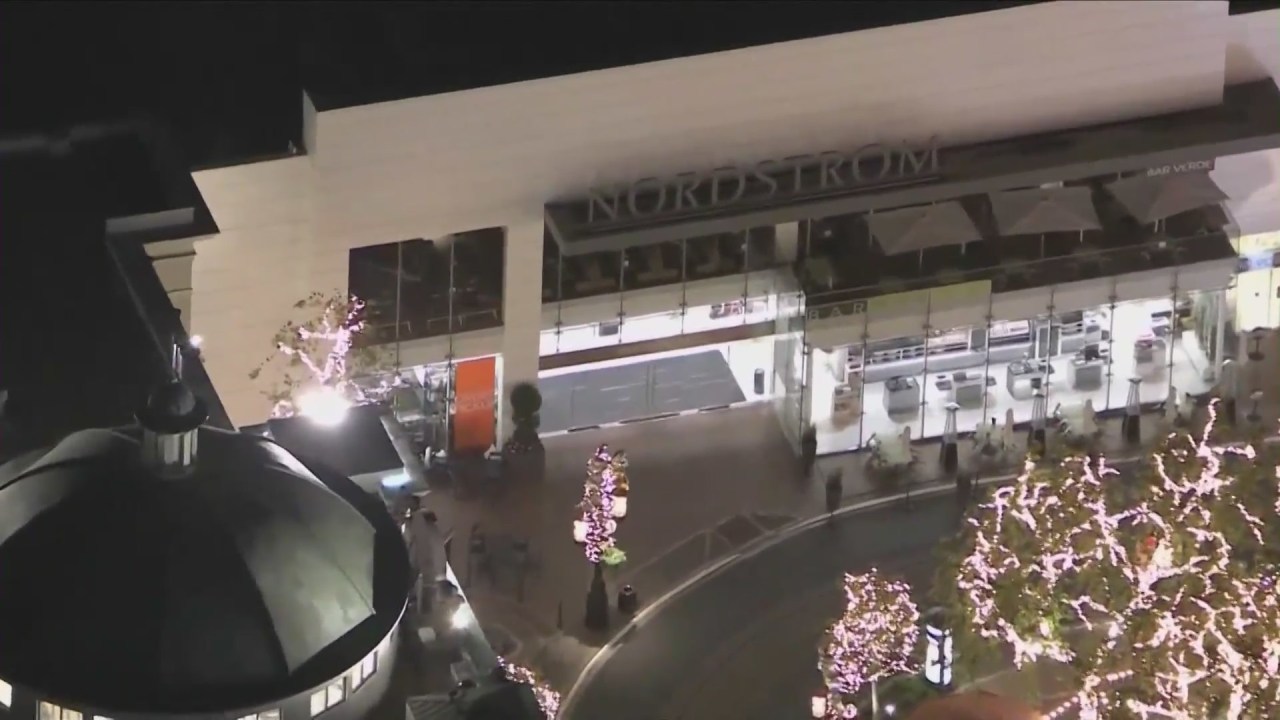 Police say about 20 people were involved in a smash-and-grab incident at the Nordstrom store in The Grove Monday night.

The flash mob struck the Fairfax District department store around 10:45 p.m., according to the Los Angeles Police Department.

Video from the scene showed a broken window and a sledgehammer that was left on the ground.

One of those vehicles was caught by police in South Los Angeles, where authorities said two suspects were taken into custody.

Clothing items, a cash register, ski masks and gloves were found inside the vehicle.

The incident is one of several similar crimes that have taken place recently around the Southland.

A CVS store was struck the same night in 5800 block of South Vermont Avenue, police said.

A number of suspects entered the store, grabbing a register and cash. It was unclear if the incident was related to the Nordstrom break in.

And in Beverly Hills on Sunday, a sledgehammer was used smash the glass of Louis Vuitton and Saks stores but the thieves were unable to get inside.

Some shoppers believe these flash mob thefts are on the rise because there is not a strong enough deterrent.

“I wish we lived in a world where people were held accountable by their actions and their decisions. And unfortunately, there’s just not,” William Lee said.

New barriers were being set up at The Grove following Monday night’s incident try to keep thieves away.

“They’re not just stealing people’s products and impacting their livelihoods, they’re stealing a sense of place and confidence,” Newsom said.