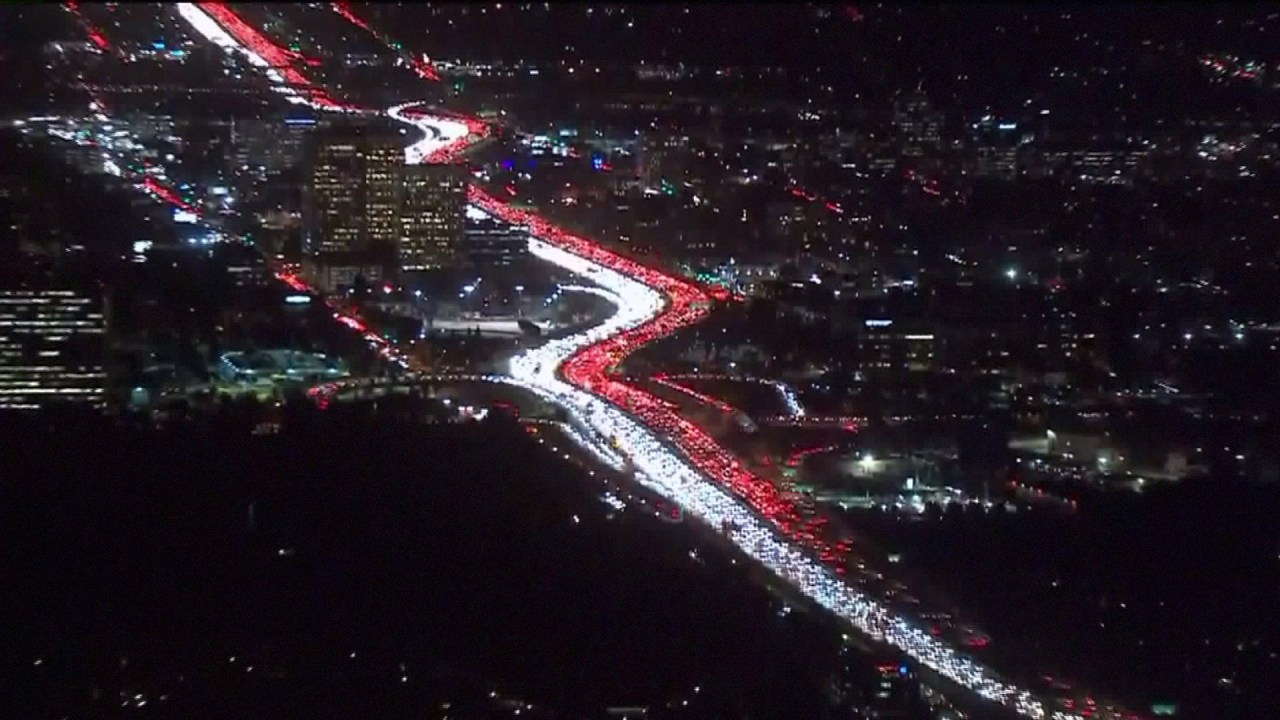 More than 48 million people are expected to drive to their Thanksgiving destinations as travel for the long holiday weekend bounces back to pre-pandemic levels, according to AAA’s forecast.

With more vehicles taking to the road for the holidays, drivers should anticipate hitting heavier traffic — especially if their travels take them to or away from major metro areas this Wednesday. That’s when many of America’s busiest freeways are predicted to reach peak congestion.

“Thanksgiving is one of the busiest holidays for road trips and this year will be no different even during the pandemic,” Bob Pishue, an analyst for the transportation data firm INRIX, said in a news release. “Drivers around major metros must be prepared for significant delays, especially Wednesday afternoon. Knowing when and where congestion will build can help drivers avoid the stress of sitting in traffic.”


Thanksgiving travel forecast to be 2nd busiest ever in SoCal; here’s what to expect

Among the 10 worst stretches of highway in the country Wednesday, one in the Los Angeles area stands out: the southbound 5 Freeway between Colorado Street and Florence Avenue in Los Angeles, which is forecast to see 385% more traffic than normal between 3:45 and 5:45 p.m., according to INRIX.

In fact, only a portion of the eastbound Interstate-495 in New York is anticipated to experience even bigger than normal delays, INRIX data shows.

These 10 highways are expected to be the worst corridors and times to travel:

In general, the worst times to travel on Wednesday will be from noon to 8 p.m., while the best time to hit the road is after 9 p.m., according to INRIX.

However, anyone driving out of Southern California — regardless of which freeway they take — will likely encounter traffic this Tuesday and Wednesday afternoon, according to the Auto Club.

“Drivers should expect longer travel times during those periods and plan to leave early,” AAA says.

Overall, 53.4 million people are forecast to travel — including by car, airplane, train or other form of transportation — this long holiday weekend, a figure that would be within 5% of the volume in 2019.