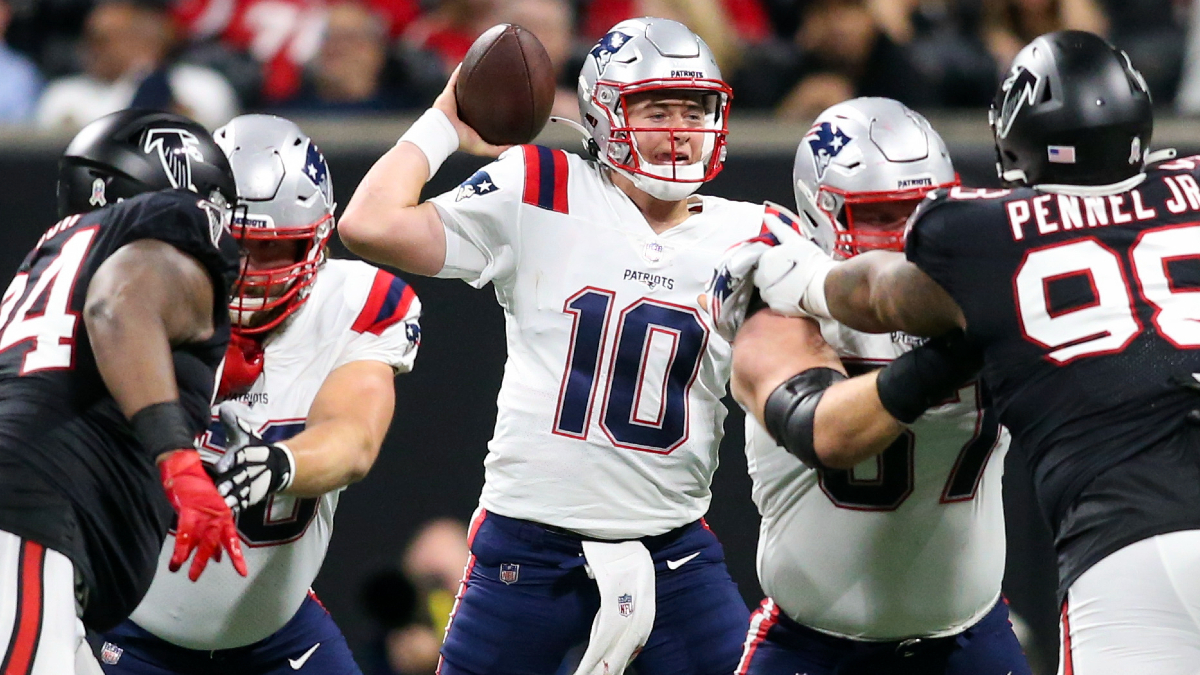 “Thursday Night Football” games don’t tend to be the most asthetically appealing affairs. This week’s was no exception.

The New England Patriots grinded their way past the Atlanta Falcons at Mercedes-Benz Stadium, winning 25-0 to improve to 7-4 on the season. It was the fifth consecutive victory for Bill Belichick’s club, which can take over first place in the AFC East with a Buffalo Bills loss to the Indianapolis Colts on Sunday.

Jones was efficient, though, completing 22 of 26 passes for 207 yards and one touchdown with one interception. Over the last two games, the Alabama product has completed a remarkable 83.7% of his passes.

As the Patriots enjoy a weekend off before shifting their focus to next Sunday’s marquee matchup with the AFC-leading Tennessee Titans, here are four thoughts on Jones’ latest outing:

— Jones was nearly flawless in the first half, quietly going 14-for-16 for 136 yards and a score. The majority of those throws were to targets within a few yards of the line of scrimmage, with just two of his first-half completions traveling 10 or more yards downfield.

The Patriots didn’t need Jones to attack downfield, though. They averaged 6.2 yards per play in the first half, largely thanks to their steamrolling backfield tandem of Damien Harris (10 carries, 59 yards) and Rhamondre Stevenson (12 carries, 69 yards).