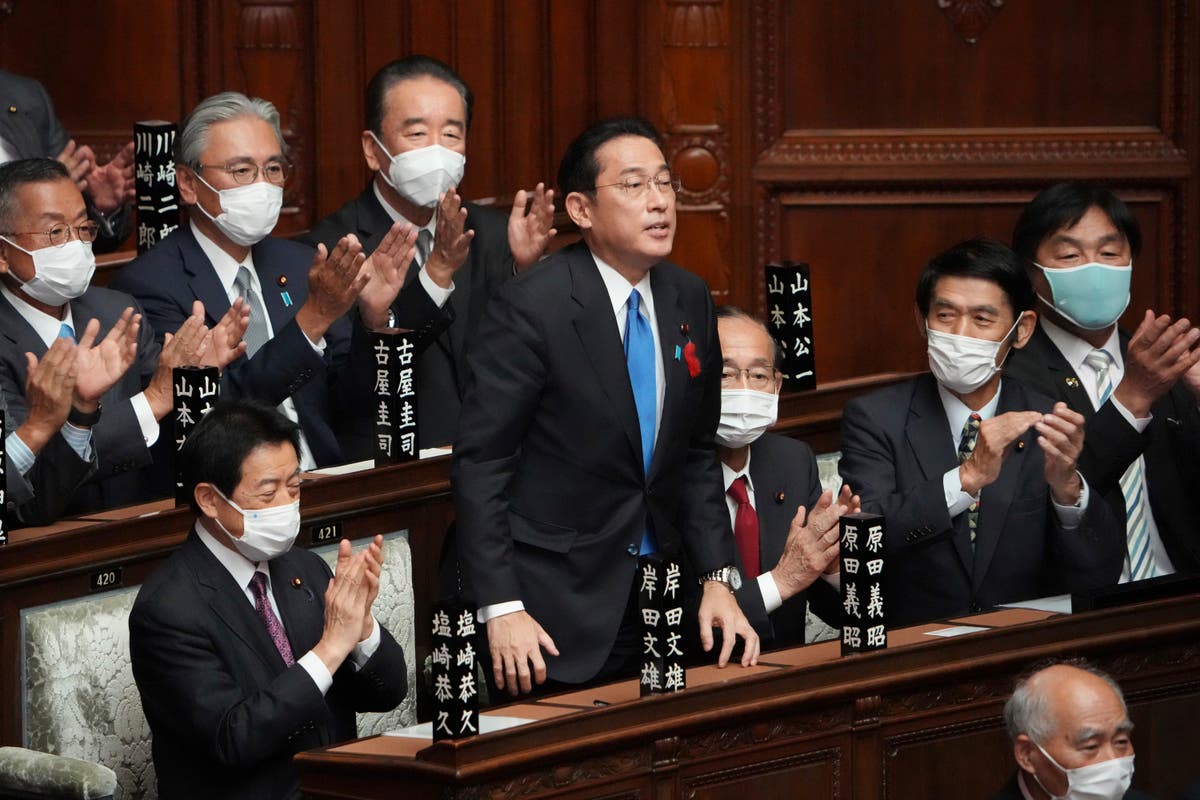 Japan has elected former top diplomat Fumio Kishida as the country’s next prime minister in a parliamentary vote, making him the country’s second leader in 13 months.

Mr Kishida, who served as Japan’s foreign affairs minister between 2012 and 2017, will be taking charge of a country battered by the Covid-19 pandemic as well as economic and domestic losses.

In a surprise move, Mr Kishida announced his decision to call for a national election on 31 October, dissolving the current cabinet.

Securing a comfortable majority in both houses of the Japanese parliament, Mr Kishida’s Liberal Democratic Party and its coalition partner won the prime ministerial election against the opposition Constitutional Democratic Party of Japan. The new cabinet, expected to be inclusive of all ages with members as young as 44 and as old as 77, will be sworn in late on Monday evening in a palace ceremony.

The prime minister, who is Japan’s 100th, was seen exchanging fist-bumps with lawmakers shortly after his formal election into office. He won the Liberal Democratic Party’s leadership election last week, racing past his opponent, the country’s vaccine minister Taro Kono.

In line with his promise of a fresh cabinet, the new team of ministers under Mr Kishida will include 13 members, out of a total of 20, who have no prior cabinet experience. Mr Kishida is expected to assign the core heavyweight portfolios to allies of former prime minister Shinzo Abe.

Political commentators have said that this is a gesture on the part of Mr Kishida in return for their backing in the lead-up to the election.

“He won the election with the support of Abe and Aso, so now it is time for him to return the favour,” political analyst Atsuo Ito said, adding that this was not the time to cut off Abe and outgoing finance minister Taro Aso’s support.

The brand new cabinet will also include three women, which is one more than in the previous cabinet led by Mr Suga.

The 64-year-old leader is said to be soft-spoken and moderate in his politics, and is known to back the strengthening of security ties between Japan and the US as well as offering support to Japan’s allies, including Europe and the UK, in countering its neighbour China’s nuclear threats and hostility.

Japan’s Covid-battered economy will be among Mr Kishida’s biggest challenges in the months ahead, after confidence in his predecessor Mr Yoshihide Suga’s government plummeted in the last few months. This was largely triggered by the poor handling of Covid-19 safety protocols as the country hosted the Olympic Games, which started in late July.

Expected to be a steady hand for the coming times, Mr Kishida will prioritise lowering income disparity in the country.

A new position will also be created in the cabinet to handle the economic side of Japan’s national security. The position will likely go to 46-year-old Takayuki Kobayashi, a new entrant to Japan’s parliament.