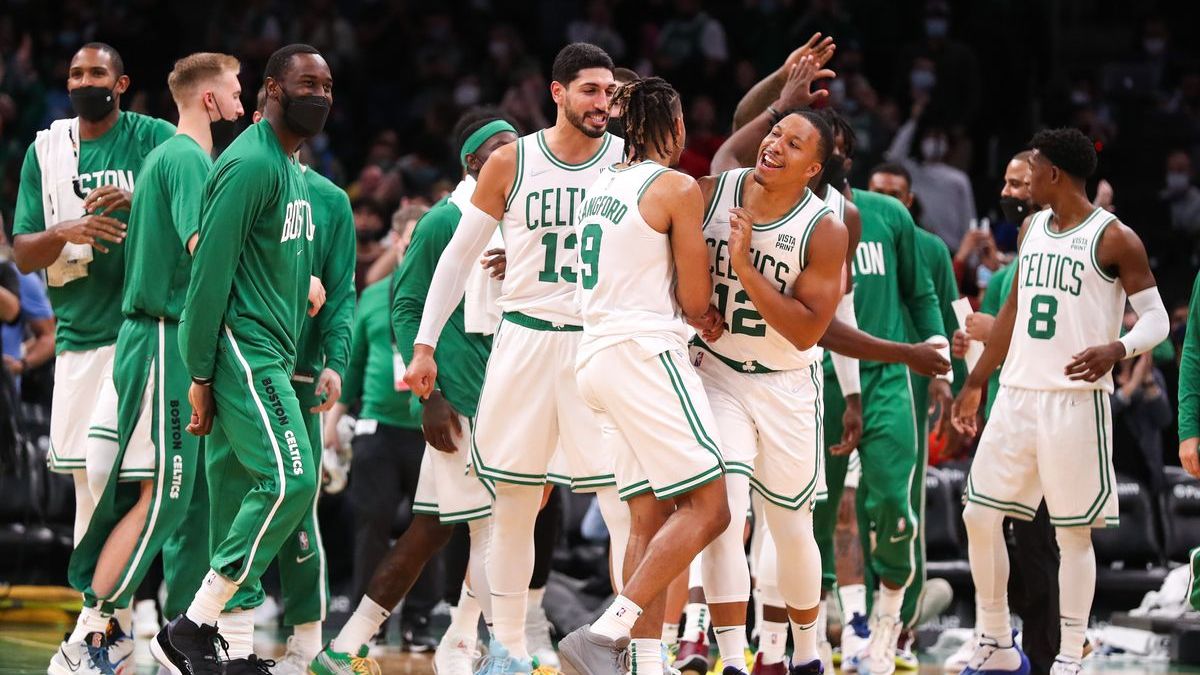 It took a while, but the Celtics finally are over .500 on the season.

After a rough start that saw teammates calling each other out and players-only meetings before things really got underway, Boston seems to have come out the other side, earning a huge win over the Los Angeles Lakers then topping the Oklahoma City Thunder in a back-to-back.

So what has changed? Grant Williams, who proved Saturday that he is on the cusp of something special, had the answer for reporters after the defeat of the Thunder.

“We’re just having fun. That’s the biggest thing. Just trusting one another, taking that step by step because game by game it’s a new journey,” Williams said.

The perfect example of the newfound mentality among the Celtics came in the third quarter, Williams said. He called out Marcus Smart for a huge diving steal that, with Boston leading by a whopping 23 points, he could have just let go. But instead, he made a high-energy play — and Williams took notice.

“Him being that guy, great passion, great energy has been huge for us,” Williams said.