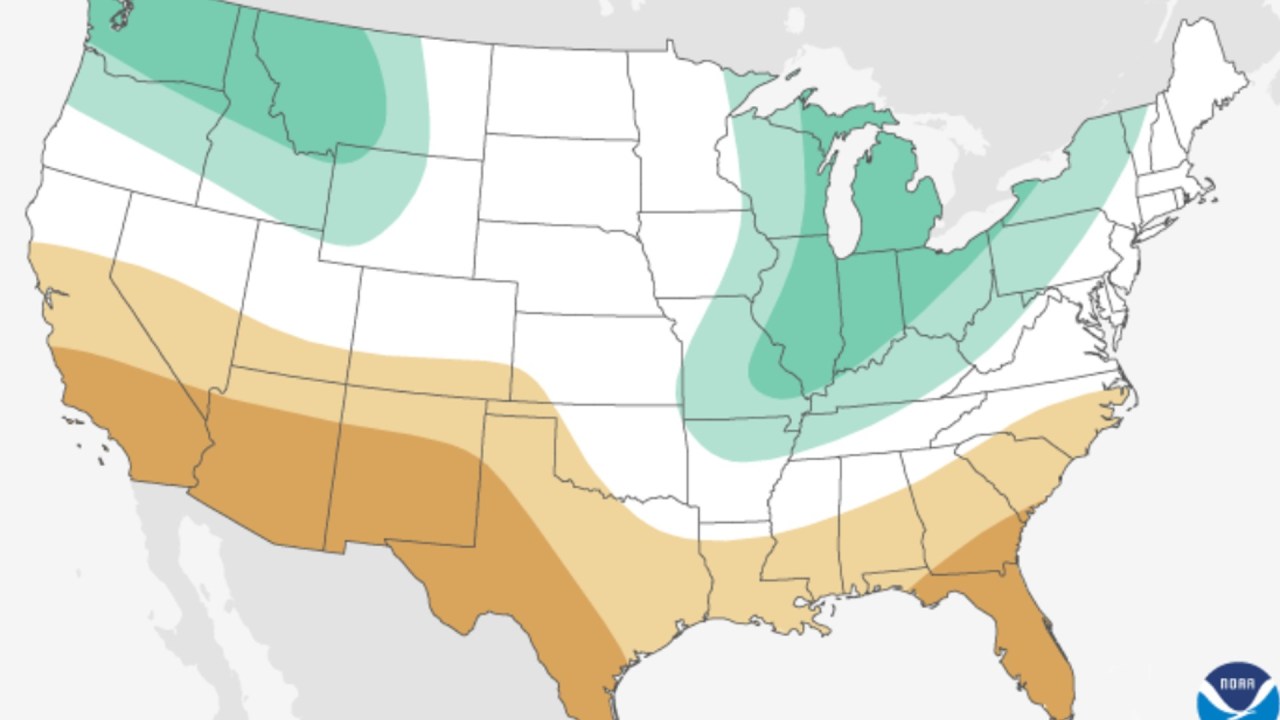 Southern California appears to be headed for another dry winter as La Niña conditions return, likely leading to the drought persisting in the region for at least the near future.

That’s according to the National Oceanic Atmospheric Administration’s winter outlook, which was released Thursday.

Most of California, but in particular the central and southern parts of the state, is favored to experience above-normal temperatures and below-average rain between December and February.

The probability of warmer-than-normal temperatures is between 31 to 50% for most of the state, according to the agency. At the same time, there’s a 33 to 50% chance that precipitation will be less than normal.

This would mark the second straight winter of La Niña conditions which are generally caused by below-normal sea surface temperatures in the tropical Pacific Ocean, according to NOAA. It’s not uncommon for the event to happen in consecutive winters, and scientists have been tracking the development since this summer.

If NOAA’s winter prediction comes to fruition, California’s drought, which has already touched every part of the state, will likely continue or possibly worsen in many areas.

The same holds true for the rest of the drought-stricken Southwest, where states also face the grim reality of one more parched winter.

NOAA experts are monitoring the ongoing drought, paying careful attention to that particular area of the U.S.

“The Southwest will certainly remain a region of concern as we anticipate below-normal precipitation where drought conditions continue in most areas,” Gottschalck said in a statement on NOAA’s website.

But the news isn’t all bad for the Golden State, with the outlook predicting that Northern California may actually experience some drought improvement due to the likelihood of a below-, near- or even above-average precipitation over the next few months.

Still, the situation remains dire, with the governor expanding a drought state of emergency to all of California’s 58 counties this week amid dwindling reservoir levels.


Newsom expands drought emergency proclamation to include all SoCal counties

The last water year — which stretched from Oct. 1, 2020 to Sept. 30, 2021 — was among the driest ever recorded in California, according to the state’s Department of Water Resources.

A year ago, just 12% of California was mired in extreme drought and 15% was drought free, according to data from the federal drought monitor.

But as of Oct. 19, about 87% was experiencing at least extreme drought, with over 45% of the state in the most severe “exceptional” category. And no part of the Golden State is without drought.

California is set to get its first major storm of the season this week, a system that could dump up to 7 inches of much-needed rain in parts of the state.