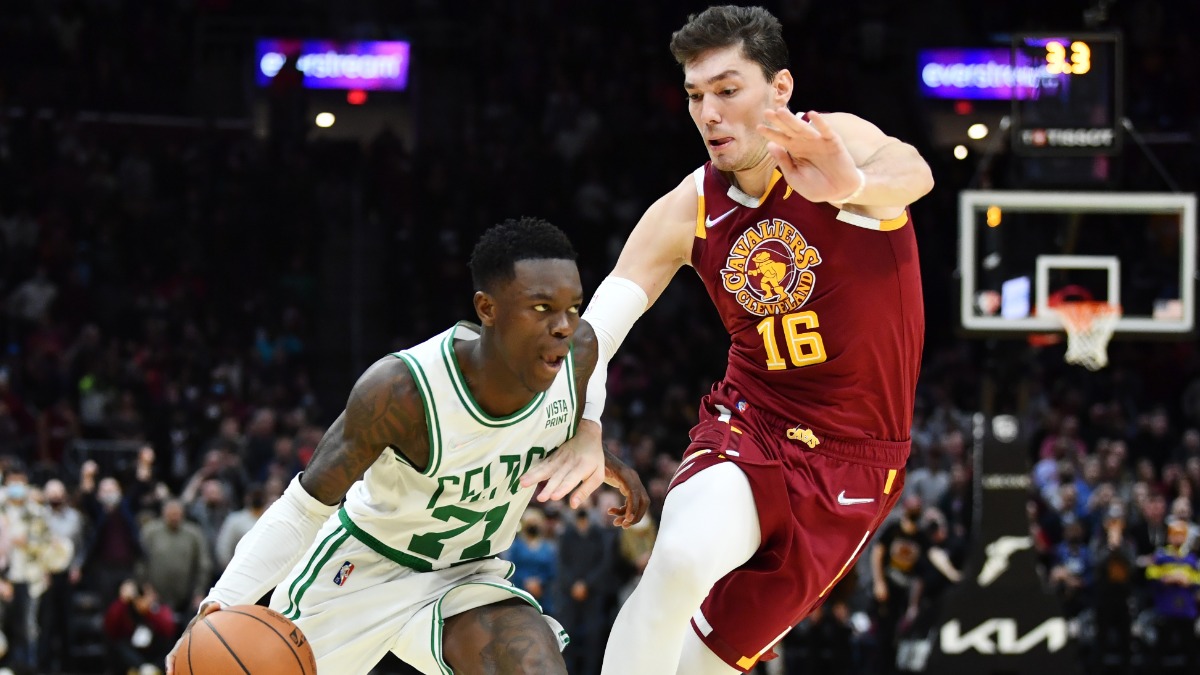 After getting the job in overtime Friday against the Milwaukee Bucks, the Boston Celtics couldn’t recapture that clutch gene against the Cleveland Cavaliers on Saturday.

The Celtics started strong against Cleveland, even building a 19-point lead at one point, but fell apart late as they dropped the second leg of their back-to-back, 91-89.

Boston had a chance to to tie it as time expired and rode the hot hand with Dennis Schröder. He took the ball on a pick-and-roll against Cavaliers forward Cedi Osman but wasn’t able to drill the game-tying shot.

Celtics head coach Ime Udoka was succinct in his description of the play and what the team wanted after the game.

“Dennis downhill against a guy we wanted to pick on a little bit,” Udoka said.

Schröder expanded on what Udoka said a tad and described what he saw from Osman defensively.

“We tried a pick-and-roll with Cedi Osman in it and then me going to the basket,” Schröder said. “I mean I had no other choice he cut me off good. He made a good defensive play I believe, so I mean I work on that every day. So, I’ll take that.”