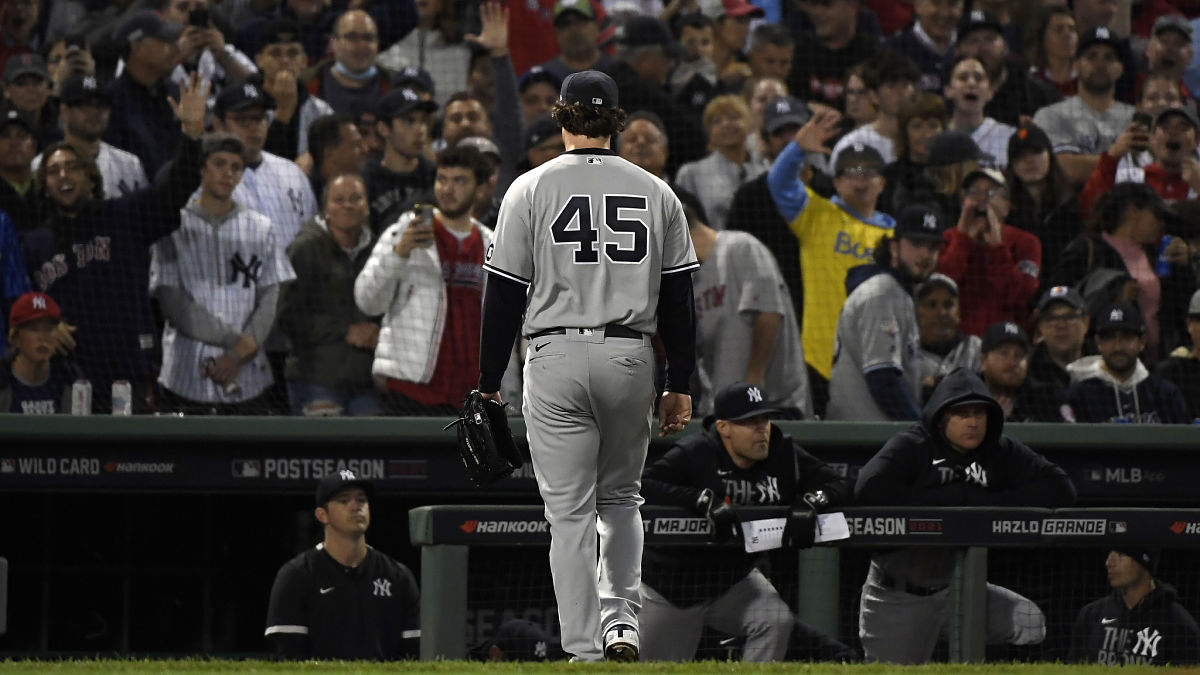 Tuesday’s American League Wild Card Game was set to be a big-time pitching matchup, with both the Boston Red Sox and New York Yankees sending out two of their best in Nathan Eovaldi and Gerrit Cole. But the must-win game didn’t turn into the pitcher’s duel at least one side likely was hoping for.

The Yankees pulled Gerrit Cole after just two innings as the Red Sox built a 3-0 lead on two home runs. He finished the night with three earned runs on four hits with three strikeouts and two walks.

And while that may have been surprising for the visitors, all that meant was that the Red Sox’s plan had worked. Outfielder Alex Verdugo — who logged a game-high three RBIs while going 2-for-4 — said Boston planned to attack Cole early.

“It’s huge, win or go home. We knew it. It’s against our rivals, the Yankees. We know they’re a good team, Gerrit Cole going up on the bump,” Verdugo told NESN’s Jahmai Webster postgame. “From the very first pitch the whole team had a plan. We went out there hunting the fastball, got him away from it, throwing offspeed, eratic. That’s just how you play, from pitch one to the last pitch. Energy, everything. It was amazing.”

Cole threw 50 pitches over his two innings, with 30 going for strikes. Data from Baseball Savant showed he threw 46% of his pitches as four-seam fastballs, which is about on-par with his season average (47%). He was forced to rely on his slider 30% of the time, more than his season average of 22%.

Verdugo’s two-RBI single in the seventh inning came off a fastball, as did Kyle Schwarber’s third-inning home run.

Because their so-called plan worked in the 6-2 win, the Red Sox earned a trip to the American League Division Series against the Tampa Bay Rays. And while the stakes for the best-of-five series — which begins Thursday — are high, Verdugo is ready to face them.