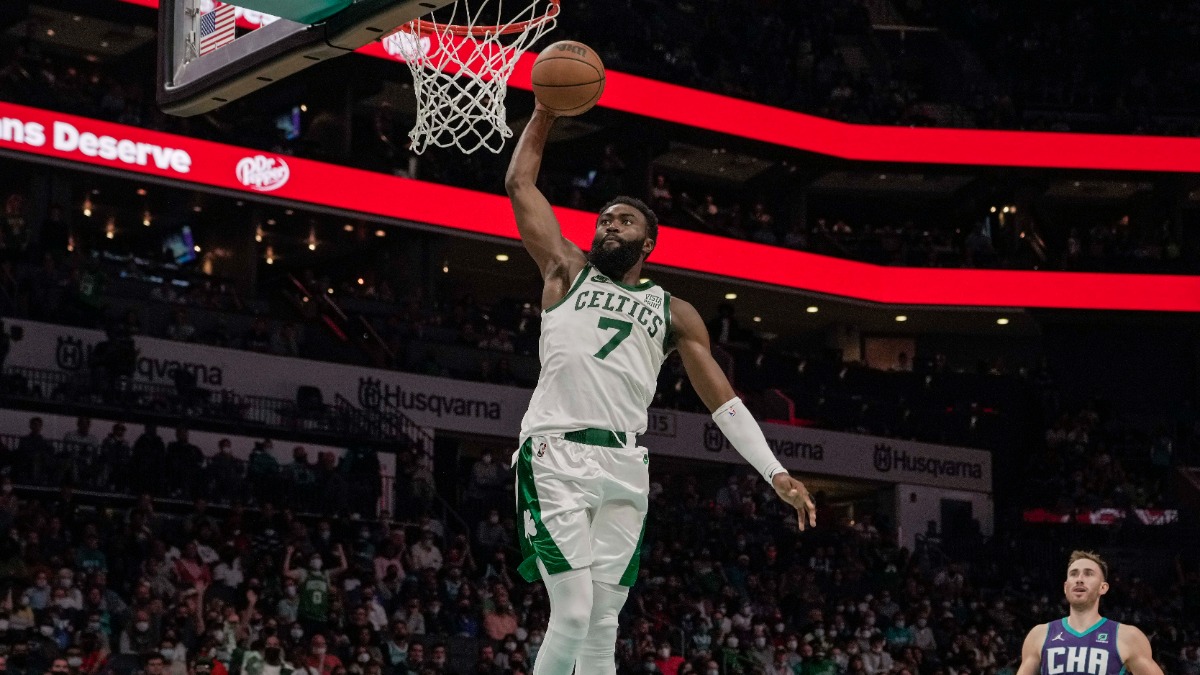 Jaylen Brown most certainly didn’t take it easy in his return to the lineup.

After missing the front end of Boston’s back-to-back Sunday against the Houston Rockets due to left patella tendinopathy, Brown re-joined the Celtics’ starting lineup Monday and erupted in the 140-129 overtime win over the Charlotte Hornets.

Brown finished the night with 30 points and nine rebounds across 38 minutes of action and despite the injury, actually shined the brightest throughout the fourth quarter and overtime, tallying five points in the extra period.

Celtics head coach Ime Udoka discussed the team’s approach to managing the 25-year-old’s minutes in his return with reporters after the game.

“If you look at the minutes they’d be actually right around the times we wanted without the extra five added. He would’ve been at 32 (minutes), not bad and Jayson (Tatum) at 36, so as far as that at least we got the win tonight,” Udoka said via Zoom. “That’s the thing that’s positive about it. Instead of tacking on an extra five, 10 minutes and then taking a loss like we did in New York. He said he felt great, he was obviously rolling and those three were playing well with Dennis (Schröder) and so we just left them in there and said let’s finish it this time.”

Although Brown played more minutes than the team initially hoped Monday, he can get some rest tomorrow as the C’s don’t take the court again until Wednesday when the Washington Wizards come to town for the first time this season.