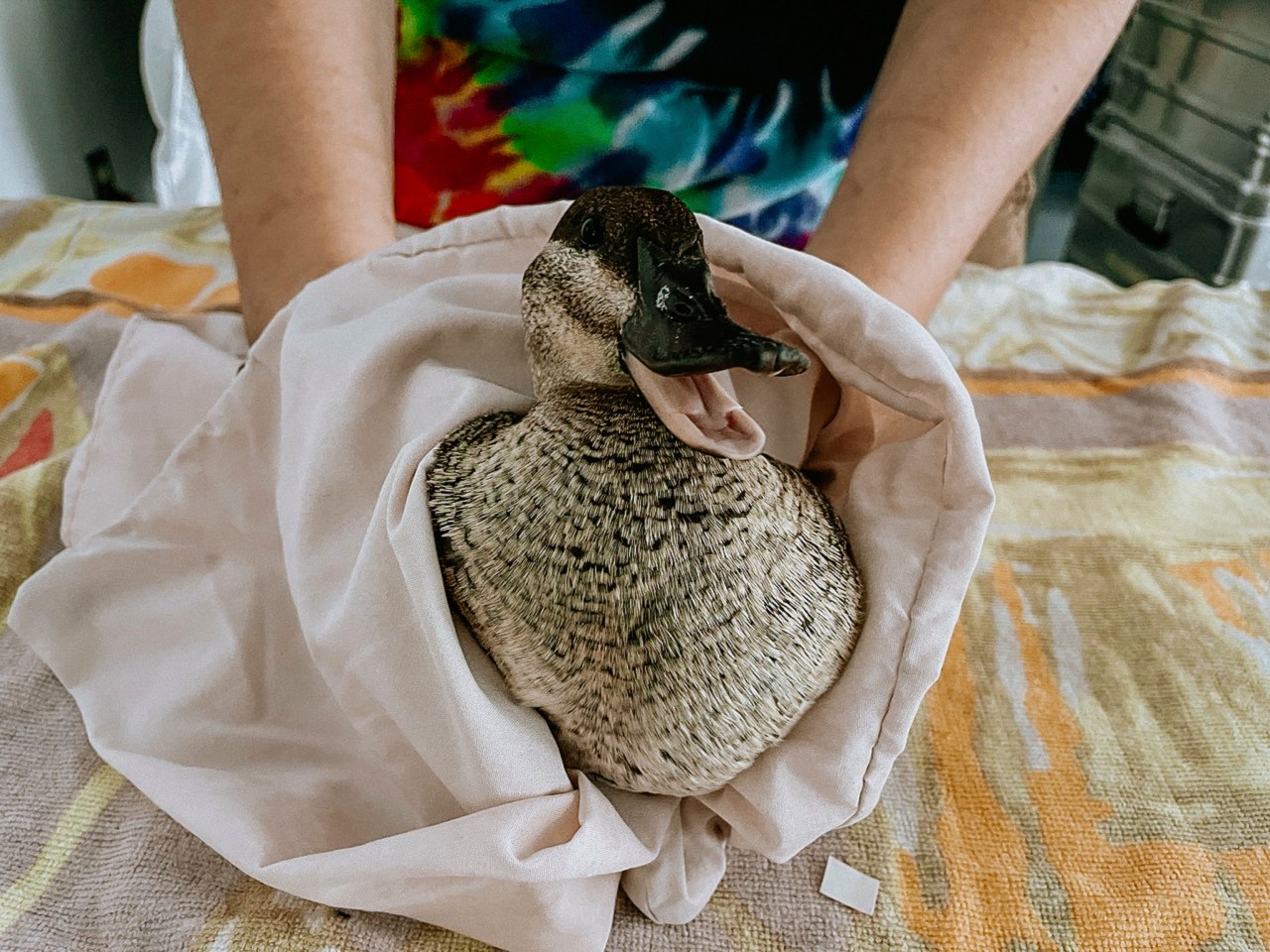 The first two of dozens of rescued birds were released back into the wild in Huntington Beach Wednesday after recovering from a major oil spill that killed and threatened wildlife along the Orange County coast.

One taking off in flight, the other gracefully gliding onto the water, a Ruddy duck and an Eared Grebe were back home after getting some help from local wildlife rehabilitation experts.

It took a thorough washing and days of conditioning in an outdoor pool to get the duck in shape for the release. Before-and-after photos showed the bird that was once painted black with oil apparently smiling after its cleaning.

“Those are two of the first animals that came in early in the spill — heavily coated, very affected — so getting them back into a clean environment is absolutely amazing,” said Dr. Michael Ziccardi, director of the Oiled Wildlife Care Network.

But the work isn’t over for rescuers.

The Oiled Wildlife Care Network, which is the main group working to help oil-covered birds, has recovered a total of 73 birds — 28 of them alive.

When tens of thousands of gallons of crude oil went gushing into the Pacific Ocean, teams fanned out to look for oil-covered animals in need of help north of Bolsa Chica and down to Laguna Beach.

“We really feel that every bird is important,” he said. “These animals were oiled due to an accident of our causing. Really, it’s a human-related injury to them, and we really feel that it’s really our responsibility to try to repair that damage if at all possible.”

The oil made its way into Talbert Marsh, an ecological reserve home to about 90 species of birds, according to the Huntington Beach Wetlands Conservancy.

Among the shoreline birds recovered so far, rescuers have found seven Snowy Plovers, according to the Oiled Wildlife Care Network.

The Snowy Plover, a small grey-feathered bird, is listed as threatened and is a highly sensitive species, according to Ziccardi.

The small birds still aren’t ready for release, but have been washed and are undergoing a conditioning process that will help them work on waterproofing their feathers.

When birds are found, they are taken back to a rehabilitation facility in Huntington Beach, where they get warmth, food and rest before being transported to the Los Angeles Oiled Bird Care and Education Center for washing and treatment, according to UC Davis, which manages the Oiled Wildlife Care Network.

The next step is release back into the wild, when the birds are ready.

Officials have stressed that the most important way to help is to avoid touching any oil-covered animals and instead report any sightings to the Oiled Wildlife Care Network at 1-877-823-6926.