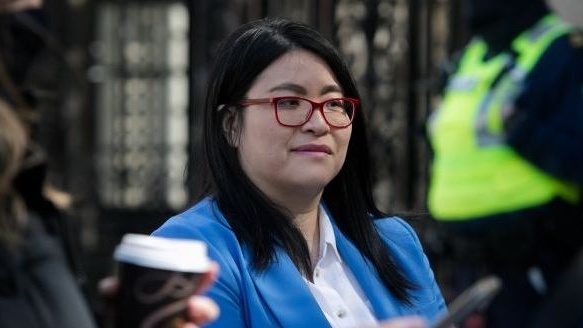 Female politicians have called for greater regulation on social media and tougher sanctions in relation to online abuse and harassment.

Speaking during an event organised by the National Women’s Council, four prominent politicians outlined their experiences of threats, abuse and discrimination online.

Former lord mayor and Green Party member Hazel Chu said that women know that if they participate in politics “they will get a abuse for it and who would want to go into the job where the bold print is that you may be harassed at your workplace or outside the workplace”.

“It is harassment in its simplest form, it is not something that we should not tolerate. The amount of times I’ve been told by people you just need to suck it up.”

She said there needs to be greater levels of support internally in political parties and that all parties, including the Green Party, need to do more to tackle the issue.

“A lot of times it’s not even the lack of male support, it is a lack of female support and that is essential,” she added.

Wicklow Sinn Féin councillor Grace McManus said she ran in the local elections for the first time 2019 as an openly gay woman. “Unfortunately, I experienced some online harassment on that and on my gender expression.”

She pointed towards the Online Safety Bill which has gone through pre-legislative scrutiny and will be coming before the Oireachtas shortly.

“Maybe there’s a role here for solidarity among elected representatives to make sure that the online safety bill also protects us.”

She said one useful tool may be alerting women in politics to their options in terms of taking legal action or going to the gardaí and in knowing who the point of contact is there.

Longford Fianna Fáil councillor Uruemu Adejinmi said that there needs to be a push for legislation to address the issue and that online platforms need to take responsibility as well.

“There needs to be regulation of the online platforms. I think that needs to be to be sped up so that they are held accountable for any multiple breaches of whatever legislation is brought forward,” she said.

“There should be strict sanctions. I’m sure they can follow the dots and see which live account a bot is or troll. They are certainly making a lot of money, so they should invest in protecting the people that are spending their money on their websites as well.”

Independent councillor in Limerick Elisa O’Donovan said she saw many benefits to social media and believes it helped her get elected in 2019 but she has experienced “quite severe online abuse across multiple platforms.”

“I’ve spoken about my experience of trying to get videos taken down: very misogynistic, really disgusting videos about me on YouTube. I couldn’t get them taken down,” she said.

“The second thing I did then was put in a copyright because they were manipulating my own videos to make me out looking like a witch, and that was also refused.

“So I had to result in getting a solicitor to put in very specific defamation claims and all that resulted in was some of the videos being blocked in Ireland but they could be viewed in the rest of the world.”