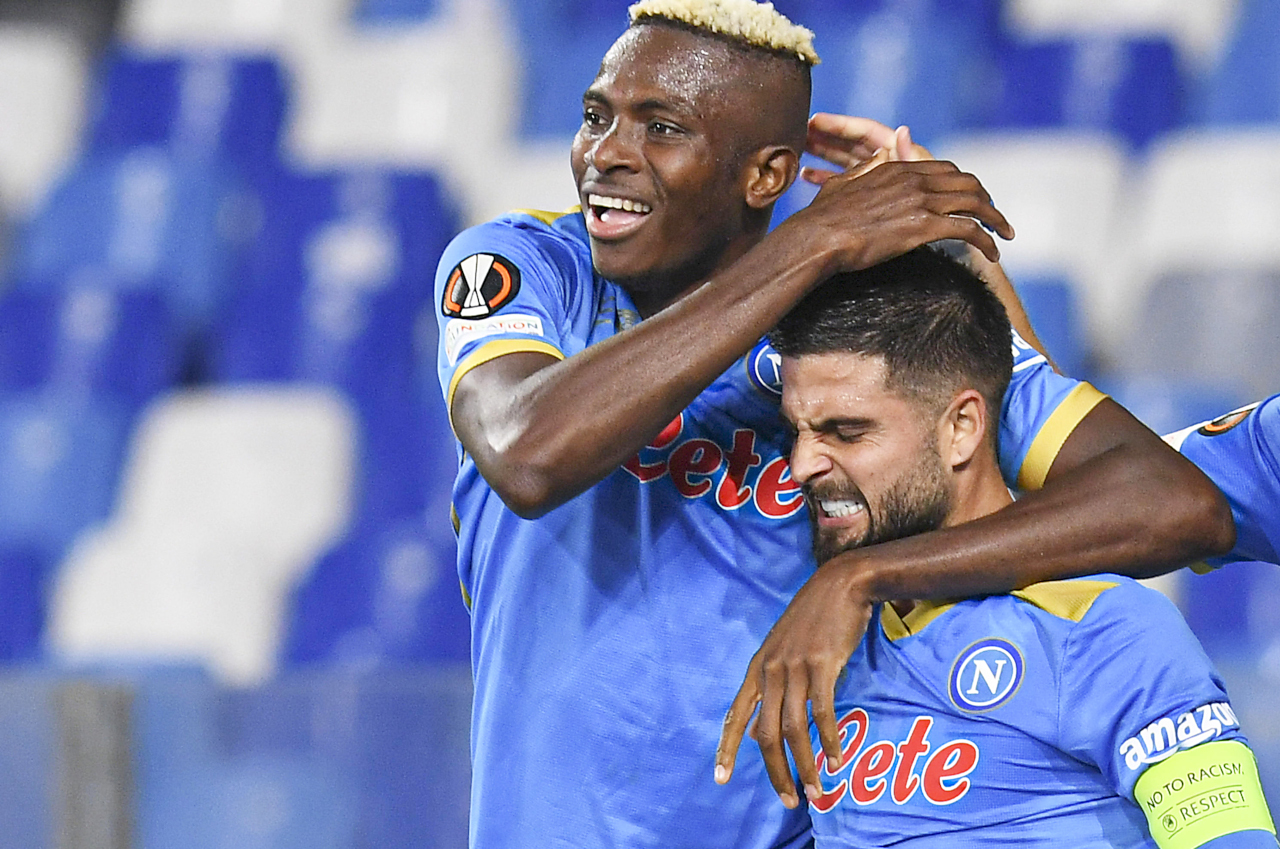 Lorenzo Insigne does not want Napoli distracted by his contract dispute and admits his biggest mistake against Torino was not the penalty, but getting ‘distraught. A captain mustn’t do that.’

The Italy international was back to his best this evening in the Europa League with a spectacular volley to break the deadlock in an eventual 3-0 victory over Legia Warsaw.

“I am happy with the goal, we needed that, but it was overall a great team performance and we allowed Legia practically nothing, a side that beat Leicester City and Spartak Moscow,” Insigne told Sky Sport Italia.

“These are three important points to seek qualification for the next round. We are trying to honour all the competitions that we are in, as we have a big squad and certainly don’t deserve to go out in the first round.

“The coach can count on everyone, so it’s only right that we try to go as far as possible in Europe.”

Inevitably, the questions were about Insigne’s contract, as he will be a free agent in a matter of months and the reports on his next step change every day.

“I didn’t start that. We know the dynamics. As I’ve always said, I am trying to be as calm and focused as possible, to just concentrate on what happens on the pitch. As for the contract, everyone knows my agent is talking to the club, that they want to leave me out of it so I can stay calm and focus on the football.”

Insigne also spoke to DAZN about the contract situation and his deal that expires in June 2022, referring back to last weekend’s penalty miss against Torino in Serie A.

“This is an important year for Napoli and I don’t want myself, the fans or my teammates to be distracted by rumours about me. If my teammates see their captain is calm and focused, then they will be too.

“I got distraught after the penalty miss and as a captain that is a bad signal for my teammates. It mustn’t happen again, I am the captain and I must give strength to my team.”

This strike from Napoli’s Lorenzo Insigne is ridiculous… 🚀