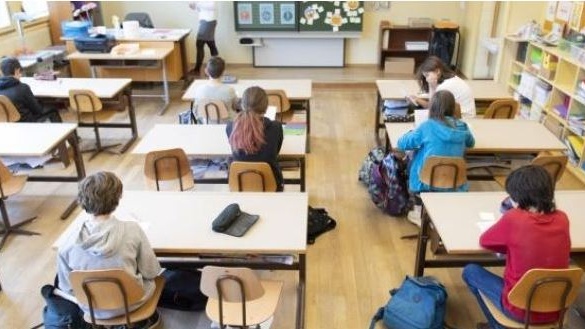 The general secretary of the Irish National Teachers Organisation (INTO), has repeated a call for a return to contract tracing in schools.

The Department of Education was “playing their part”, John Boyle told RTÉ radio’s Morning Ireland and that it was now up to the Department of Health to organise public health measures such as a return to contact tracing.

Mr Boyle said that the INTO “really appreciated” the efforts of the teacher training colleges where programmes were changed to facilitate students teachers working as substitutes in schools when teachers were absent because of Covid-19.

There also needed to be a greater focus on PCR testing, said Mr Boyle. It was not necessary for children to be off school for two weeks when tested. If they had “the right result” they could return to the classroom, he said.

When asked if schools were safe environments, Mr Boyle said that he had always maintained that schools were as safe as their local communities. Some communities – for example in Waterford or Westmeath, were not safe at the moment.

The Government was now acting on an ECDC report from October which had recommended contact tracing, he said. The report had also acknowledged that a shared classroom was a high risk environment; this meant there was a need to “amplify” measures, he said.

“If public health get back on the pitch, that would give sustenance to schools.”

Mr Boyle said he estimated that “a couple of thousand” teachers were absent from work at present because of Covid, either because they had the virus or were close contacts.

A recent survey conducted by the INTO, to which a quarter of schools responded, found that there were 605 teachers out of work with 300 of them not being replaced from outside the building. This resulted in extra pressure on other staff in the schools involved.

“It’s been a really rough ride since September,” he said”

The INTO welcomed the Department of Education’s efforts to bring student teachers into classrooms, added Mr Boyle. Most students had already been vetted as part of their school placement and many already worked as substitute teachers, being paid at an “unqualified rate”.