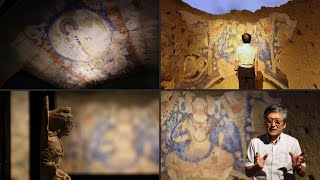 The number of new coronavirus infections in Japan remains low with Tokyo reporting the fewest cases this year.

Officials in the capital confirmed 7 new infections on Monday. The daily figure has been under 50 for the past 30 days. Across Japan, authorities reported 79 new cases and one death.

The government is preparing to start rolling out a third round of vaccine doses next month. The health ministry initially set the interval between the second and third shots at about 8 months or more.

But the ministry has decided to allow local governments to administer booster shots after an interval of 6 months.

Data from other countries suggest the effect of the Pfizer-BioNTech vaccine to prevent infection dropped by half within 6 months after the second jab.

People who received the Moderna or AstraZeneca vaccines can get the Pfizer booster shot. The health ministry has yet to decide whether to allow children between 5 and 11 to be vaccinated.

Kita Ward in Tokyo is providing special support for foreign residents who could miss out on being vaccinated due to language barriers. Officials set up a venue where people can get inoculated without reserving. Volunteers help them fill in forms and translate explanations by doctors in 6 languages, including Chinese, Vietnamese and Bengali.