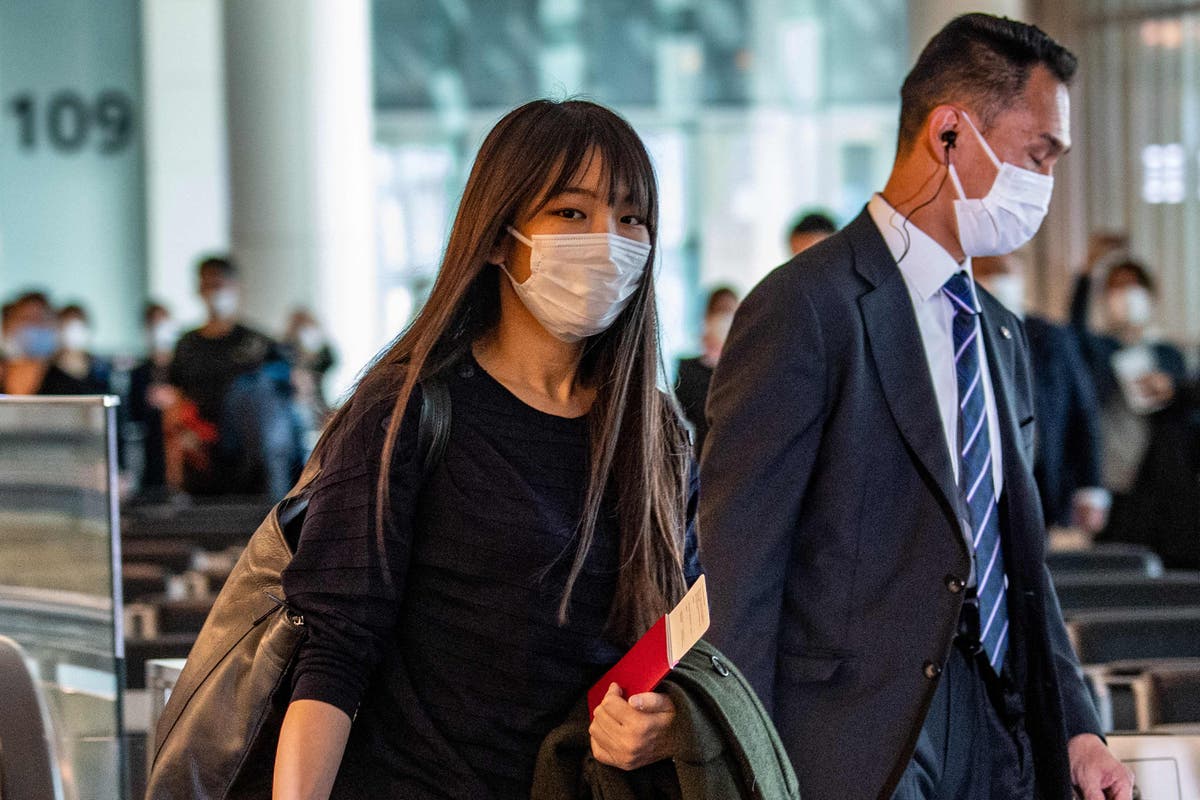 Former Japanese princess Mako, who married her “commoner” boyfriend last month and was stripped of her royal status and perks, departed for New York on Sunday after a years-long struggle with public scrutiny on their romance in Japan.

The couple, who have drawn comparisons with the British royals Prince Harry and Meghan Markle, are set for a new life together as ordinary citizens in the US.

The former princess — now Mako Komuro — and her husband Kei Komuro arrived at the airport on Sunday amid tight security arrangements and a flurry of reporters and photographers.

Dressed in a plain navy blue top and loose black trousers, Ms Komuro was seen clutching her passport, just one suitcase and a handbag while entering the departure gate for her flight to New York at Tokyo’s Haneda international airport.

Seen a few steps ahead her, Mr Komuro — dressed in a green sweater and jeans — was also working through the formalities of boarding the flight to New York.

The former princess was also seen pulling her mask down for face recognition upon reaching the departure gate at the Haneda airport.

A small crowd gathered at the airport waved goodbye to the couple as their ANA flight departed from the runway.

The departure of the couple, nearly four years after they first announced their plans to get married and were met with a string of obstacles, was captured and carried live by all major Japanese broadcasters, even as swathes of the country remained severely critical of their relationship.

Mr and Ms Komuro, both 30, will be starting their new life in New York where Mr Komuro, a Fordham University law school graduate, has a job at a law firm. The former princess will also start a new job at a Manhattan law firm.

Shortly after they registered their marriage in Tokyo last month without any royal pomp and ceremony, the couple addressed a press conference where Mr Komuro said he loves Mako.

“I want to live the only life I have with the person I love,” Mr Komuro said.

Ms Komuro said of her new husband: “He is someone I cannot do without. Marriage is that decision needed for us to live on, staying true to our hearts.”

Ms Komuro is not the first Japanese princess to marry a commoner and leave the royal household – but she is the first to have received such piercingly critical public glare to her decision, which received particular scrutiny after reports emerged of a financial dispute involving Mr Komuro’s mother. The family say this has now been resolved.

Amid the controversy, Ms Komuro rejected a payment of 150 million yen (around £955,000) normally handed out to departing female members of the royal household. She is the first woman from the royal family to deny both — the ceremonial royal wedding rituals and the monetary gift.

Palace doctors say that the struggle to marry Mr Komuro and the sensationalist media coverage around the episode has left Ms Komuro with post-traumatic stress disorder.