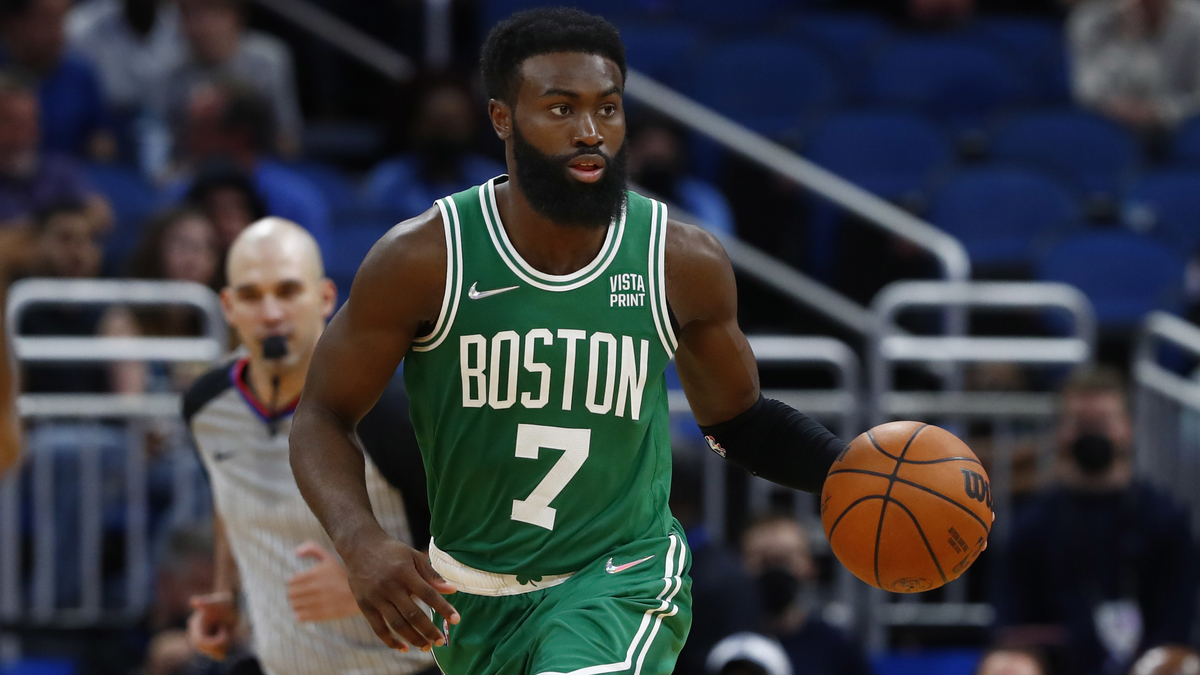 BOSTON — Jaylen Brown returned to the court Monday for the Celtics following an eight game absence, and he dropped 19 points in Boston’s decimation of the Houston Rockets.

But the box score isn’t necessarily an indicator of how the star guard felt physically in his first game back after managing a hamstring strain.

“I didn’t feel my best out there,” Brown said after the win. “I felt good all the way going up until the game and I had a little bit of tightness, but we’ll see how I feel tomorrow and keep building. I wasn’t super happy with how my body felt out there. We’re working through it.”

It was a slow start for the 25-year-old, who had seven points through 12 first-half minutes. But he ramped it up in the second half and finished the night shooting 6-of-13 from the field and hitting three-of-six attempts from deep.

Brown, who played on a minutes restriction (and finished with 23) said he wanted to return to the court sooner, but it ultimately was team medical staff that held him out until Monday. But he acknowledged that patience will serve him better in the long run.

“I don’t want this to lead to any other injuries and things like that that it possibly could have, so just taking the right precautions and the right measures in order to get back to being myself out there,” he said. “And I think I’m for sure moving in the right direction.”

We’ll see how things play out for him when the Celtics return to action Wednesday against the Brooklyn Nets.