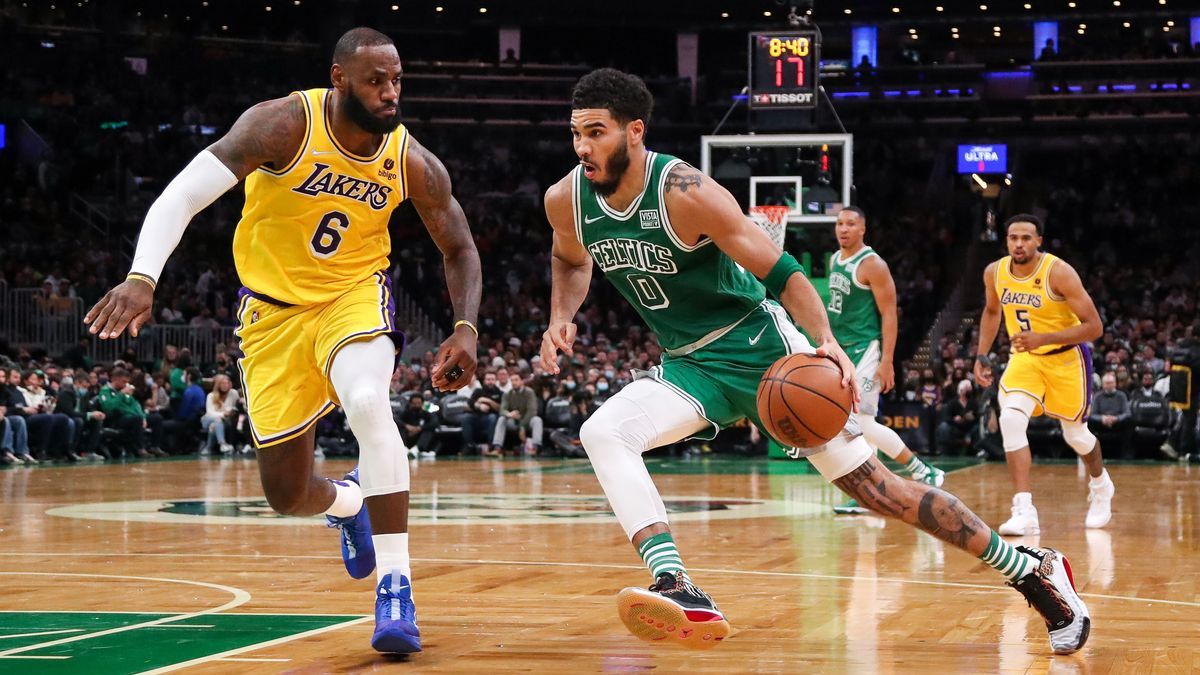 BOSTON — It was all smiles for Jayson Tatum after the Boston Celtics defeated the Los Angeles Lakers on Friday night.

Certainly that was in part due to a great game on both ends of the floor, where he lit up the fourth quarter to put LeBron James and Co. away by getting anything he wanted in the paint.

But former Celtics player and assistant Evan Turner FaceTiming Tatum during his media availability was cause for a few laughs.

“Was the young boy impressive tonight?” Turner asked media present, while Tatum put his phone up to the microphone for reporters. “Were you guys impressed or no?”

Impressed was an understatement, as Tatum’s 37 points, 11 rebounds, two assists, three steals and a block sealed the deal for Boston. Best of all, he did it all within Boston’s offense, and drove to the hoop when shots weren’t falling, reminding the world how impossible he can be to stop when he does.

But Turner wasn’t the only Celtics legend that Tatum impressed. Celtics Hall of Famers Bill Russell and Paul Pierce were in attendance as well for the big rivalry game, receiving huge ovations from fans in attendance at TD Garden.

Tatum gave them all quite the show.