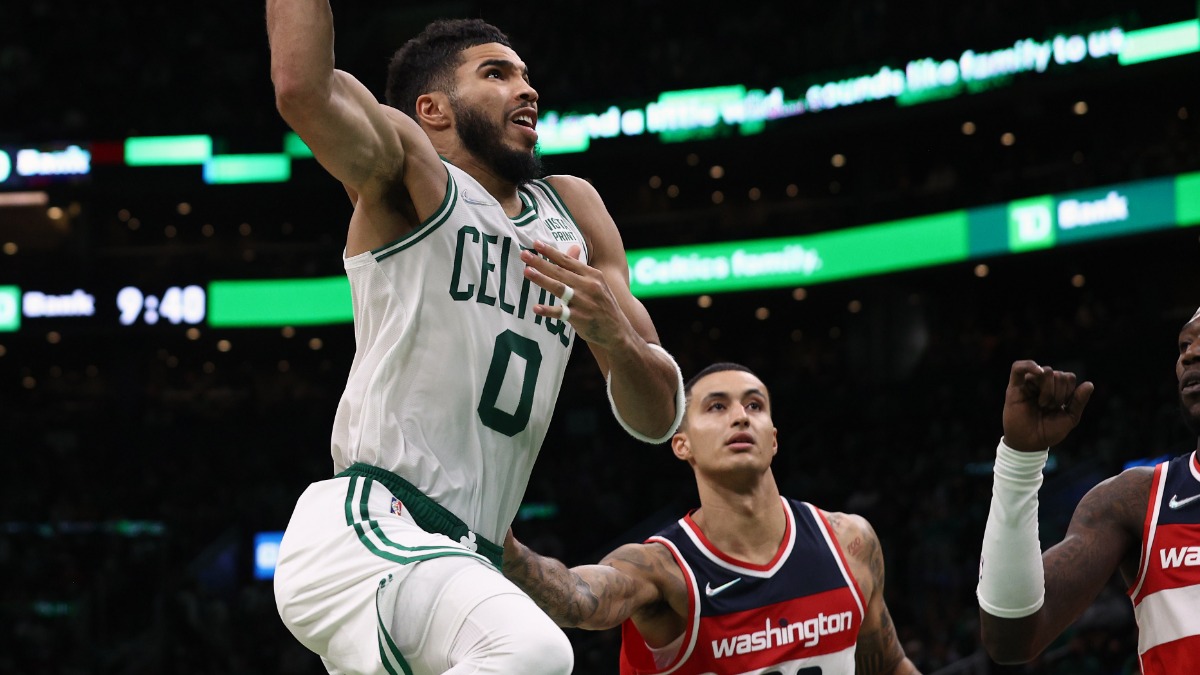 Through Boston’s first four games, the Celtics forward was averaging his lowest amount of free throw attempts per game since the 2018-19 season before taking eight against the Wizards.

After the game, Tatum voiced his frustration with changes in officiating so far this season to reporters through Zoom.

“I feel like I’m drawing contact, I’m getting to the paint, but I don’t know it’s tough. You feel like you have the ball a lot,” Tatum said. “You’re drawing a lot of attention going to the cup. It’s frustrating at times and I mean, getting a tech isn’t always the best way. Sometimes your emotions get the best of you. I understand the shooting fouls and jumping into guys, but I think you got to adjust. It’s early in the year, just got to figure it out.”

While things definitely look different this season — most notably the change in the elimination of shooting foul calls on the perimeter on unnatural shooting motions — it’s still early and adjustments are sure to be made.