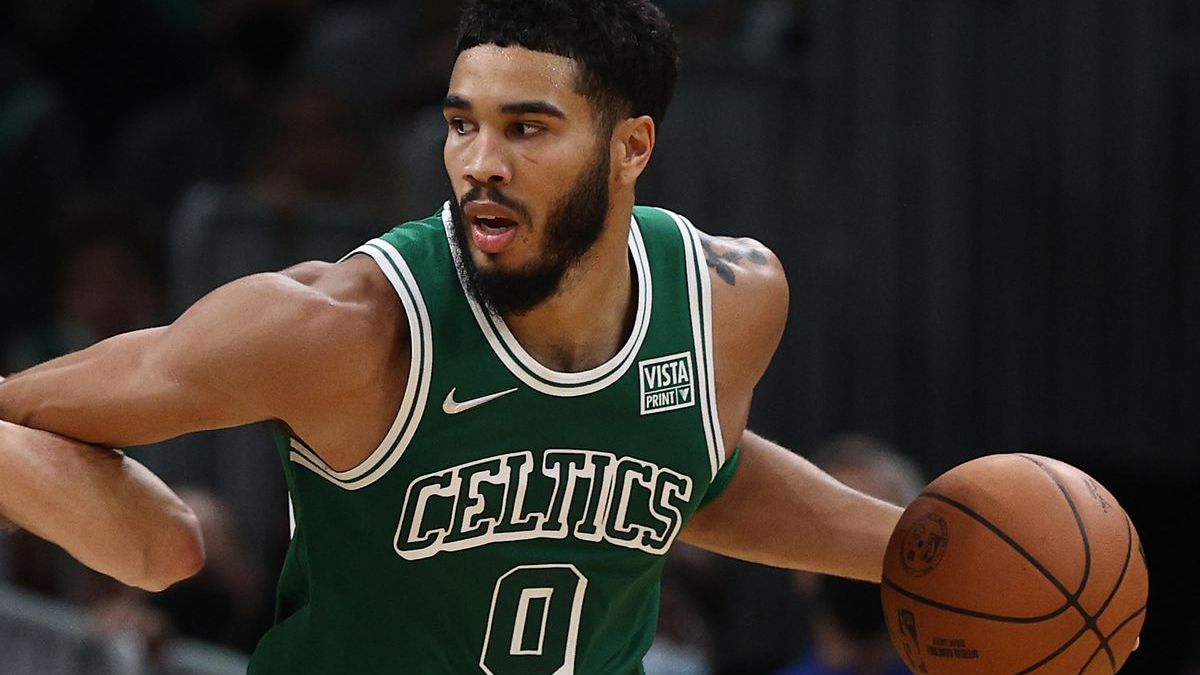 The Boston Celtics are playing on a back-to-back Friday and Saturday night, with familiar faces on both trips.

After an overtime win over the Milwaukee Bucks and Semi Ojeleye, they’ll head to face the Cleveland Cavaliers, where Tacko Fall signed a two-way deal after getting his NBA debut with the Celtics.

Looking ahead at the matchup, Tatum asked NBC Sports Boston’s Abby Chin if Fall would be playing. She said she hoped so.

“Me too,” Tatum said, going on to answer Chin’s question about the strategy against the Cavaliers.

“We got to stop Tacko. I think that’s the game plan. You know? How tall he is, how big he is. I hope he is, I hope he’s there. I obviously miss him, how much of a job he is to be around. All the fans love him, so that’s the game plan tomorrow. Stop Tacko, beat him up and down the court. Get him in foul trouble.”

Jokes aside, Tatum was thrilled at the possibility to see Fall, and he was just as light hearted about being on opposite benches from Ojeleye on Friday.

“A couple times (Ojeleye) got an offensive rebound over me,” Tatum said. “I felt like he pushed me in the back and everybody can see how strong Semi is. I told him, you know, we go way back he didn’t have to push me.”