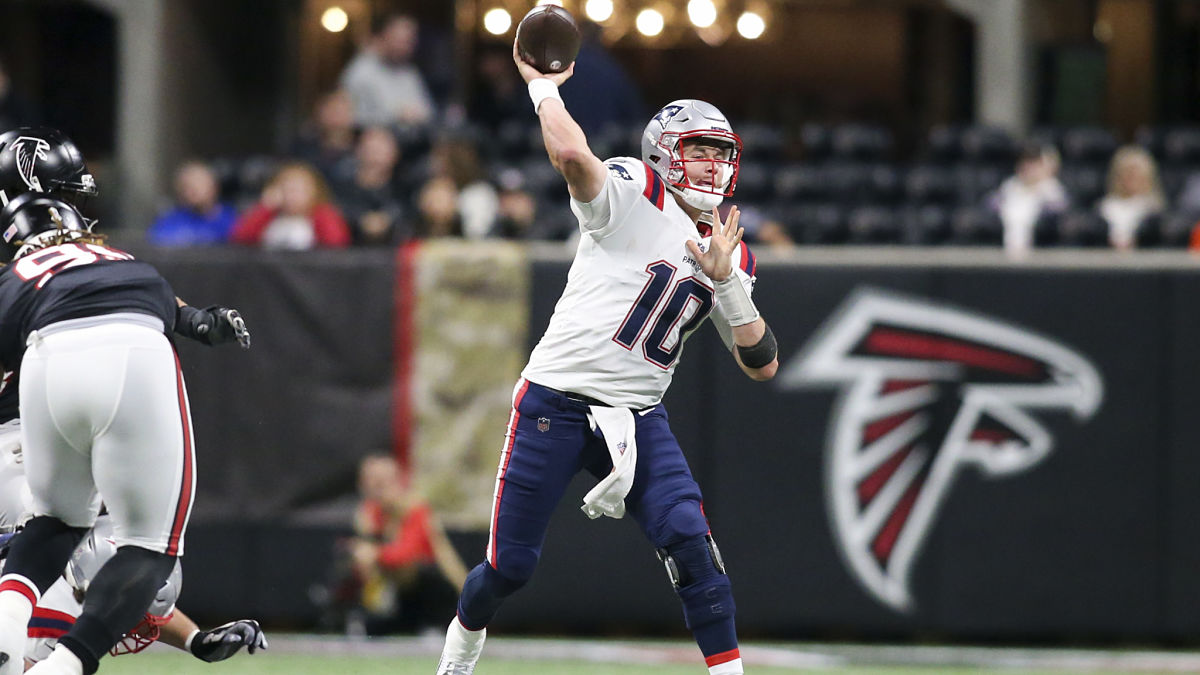 Mac Jones really only made one glaring mistake last Thursday night, but Josh McDaniels found a positive takeaway from that blemish.

One of Jones’ four incompletions in the Patriots’ shutout win over the Falcons was a third-quarterback interception by A.J. Terrell. The time and place were less-than-ideal, as it came on a first-and-10 from Atlanta’s 38-yard line with New England leading 13-0. A Patriots touchdown likely would have put the Week 11 game on ice, but the pick gave the Falcons some new life at Mercedes-Benz Stadium.

Terrell had room to run after intercepting Jones, and a pick-six would have been a massive momentum-shifter. But the Patriots rookie quarterback stuck with the play and helped bring the Falcons cornerback down right around the 50-yard line.

McDaniels on Monday saluted Jones for putting his body on the line to make a play for his team.

“You would like to never have your quarterback make a tackle. But I think that kind of speaks to, one, his awareness of what is happening on the play, and then the competitiveness to do the right thing,” McDaniels told reporters, as transcribed by SB Nation.

“Sometimes, you throw an interception and you can recognize quickly that the play is not going to go very far. And you just try to protect yourself and protect the team and do it. And then there’s other times, where if you don?t make the tackle, this could change the game. I think that we saw that play had the potential to be a play that would affect the score, certainly. And maybe the momentum, for sure, in the game. So, give him a lot of credit.”

The Patriots will look for Jones to stay upright throughout Sunday’s all-important game against the Tennessee Titans at Gillette Stadium. A win and some help from the Cleveland Browns would position New England atop the AFC standings.