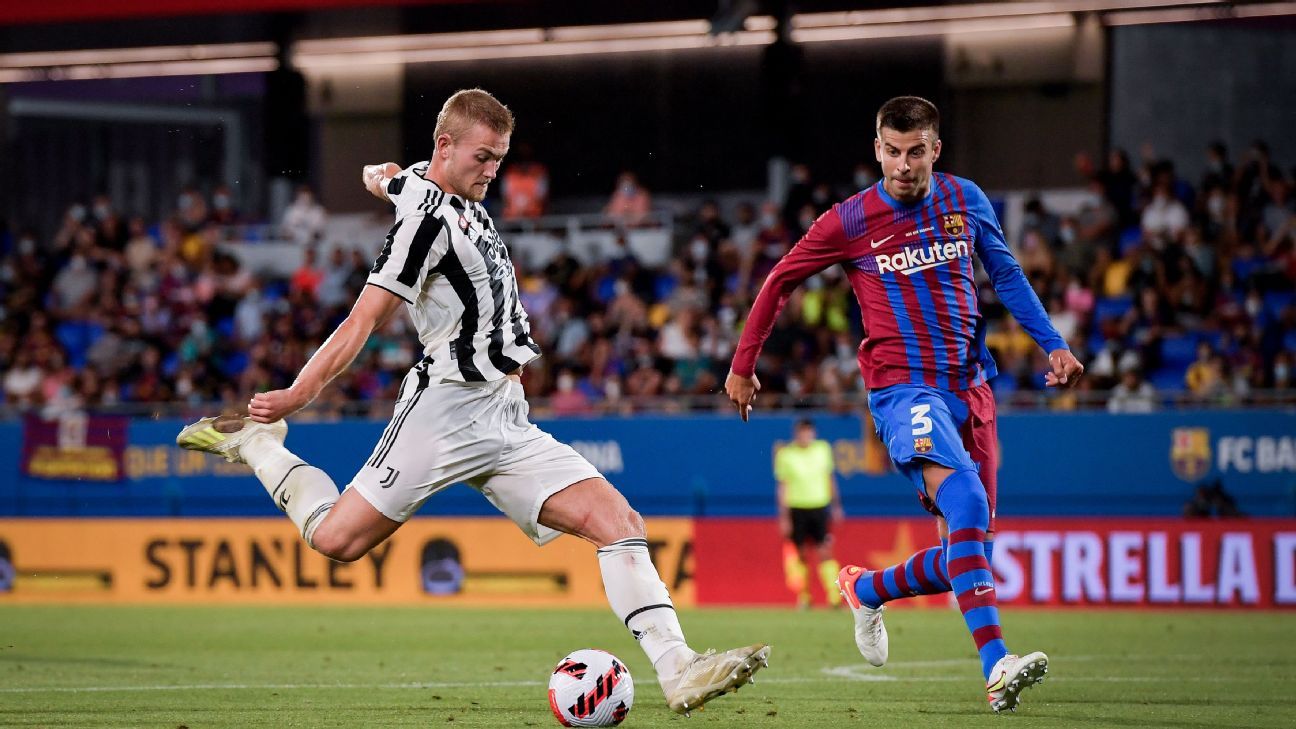 The January transfer window is almost upon us and, naturally, all the gossip on who’s moving where is heating up. Transfer Talk brings you all the latest buzz as we count down to the 2022 winter window.

Barcelona have been linked with a number of defenders as the club continues its rebuild under new boss Xavi Hernandez.

The Blaugrana recently signed striker Ferran Torres from Manchester City as their second signing under the Spaniard, joining Dani Alves who came on a free transfer.

Next port of call appears to be a defensive change, with three high profile defenders linked to the Camp Nou.

The Sun reports that Barcelona are hoping to land Manchester City centre-back Aymeric Laporte next summer following a cash injection that would help their ongoing financial troubles.

Spanish outlet Sport claims that another Premier League centre-back could make the switch to LaLiga in the form of Andreas Christensen.

The Denmark international is out of contract at Chelsea in the summer and is reportedly “not interested” in staying at Stamford Bridge, instead eyeing a move to Barcelona.

Finally, Gazzetta dello Sport has said that Xavi is hoping to make a move for Juventus defender Matthijs de Ligt.

The 22-year-old has been heavily linked with a move away from the Old Lady in recent weeks, with agent Mino Raiola publicly discussing a transfer.

Despite his €125 million release clause and ongoing financial issues at Barcelona, the club are said to not be deterred from the Netherlands international and a potential move in the summer.

– Chelsea are eyeing three potential central defenders for the future, reports Calciomercato. The Blues could see Antonio Rudiger, Andreas Christensen, Cesar Azpilicueta and Thiago Silva all leave at the end of the season unless they all sign new contracts. As a result, Thomas Tuchel is said to be eyeing potential replacements, with VfL Wolfsburg‘s Maxence Lacroix, Sevilla‘s Jules Kounde and Fenerbahçe‘s Attila Szalai all linked.

– Internazionale and Bayern Munich are interested in a move for Borussia Monchengladbach defender Matthias Ginter, says Fabrizio Romano. The 27-year-old’s deal at Gladbach expires at the end of the season and he has already announced he will leave the club when it runs out. The Nerazzurri are said to be pushing hard for a deal with talks ongoing, whilst Bayern are interested but see it as a lower priority move.

– West Ham United are set to hold talks with Fulham over a move for defender Tosin Adarabioyo, according to journalist Ekrem Konur. The Hammers have been linked with a number of defenders, having lost Kurt Zouma and Angelo Ogbonna for the rest of the season. Adarabioyo, 24, is a regular starter for Fulham and has had Premier League experience at the club.

– Julian Alvarez is hoping to make the switch to Manchester United, reports journalist Ekrem Konur. The 21-year-old River Plate man has impressed with 18 goals and seven assists in 21 league appearances. The reporter claims that the player’s agent is currently visiting England to hold talks with the club over a potential move.