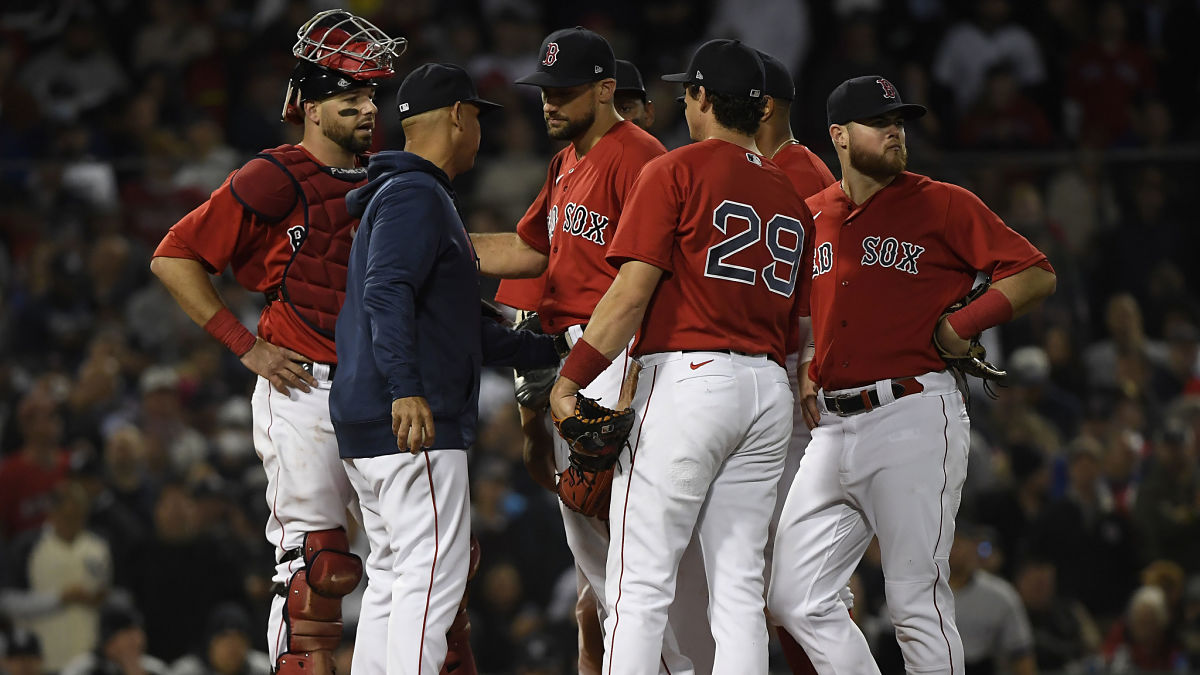 The Boston Red Sox used an off day from the American League Championship Series to travel to Houston.

And despite facing elimination in Game 6 against the Astros, who all of a sudden lead the series 3-2 after the last two matchups in Boston, you’d never know it based on their luggage.

“A lot of suitcases loaded up for 10 days,” manager Alex Cora told reporters at Fenway Park before the team set off, via WBZ’s Nick Giovanni.

“There’s a chance that it’s a long road trip so we’re prepared for whatever it is that comes next week. So just take it day by day. Reset today, recharge, be ready for tomorrow, win tomorrow, win the next game, and then hopefully we can be back here at Fenway and play the World Series.”

Should Boston win Friday, they’ll force a Game 7 to be played on Saturday. Meanwhile, the National League Championship Series between the Atlanta Braves and Los Angeles Dodgers is being sorted out as well. Depending on how it plays out, Boston could be on the road for some time.

If you think Cora is kidding about the suitcases, check out footage from Nathan Eovaldi unloading his two large roller bags from his Ford Raptor.