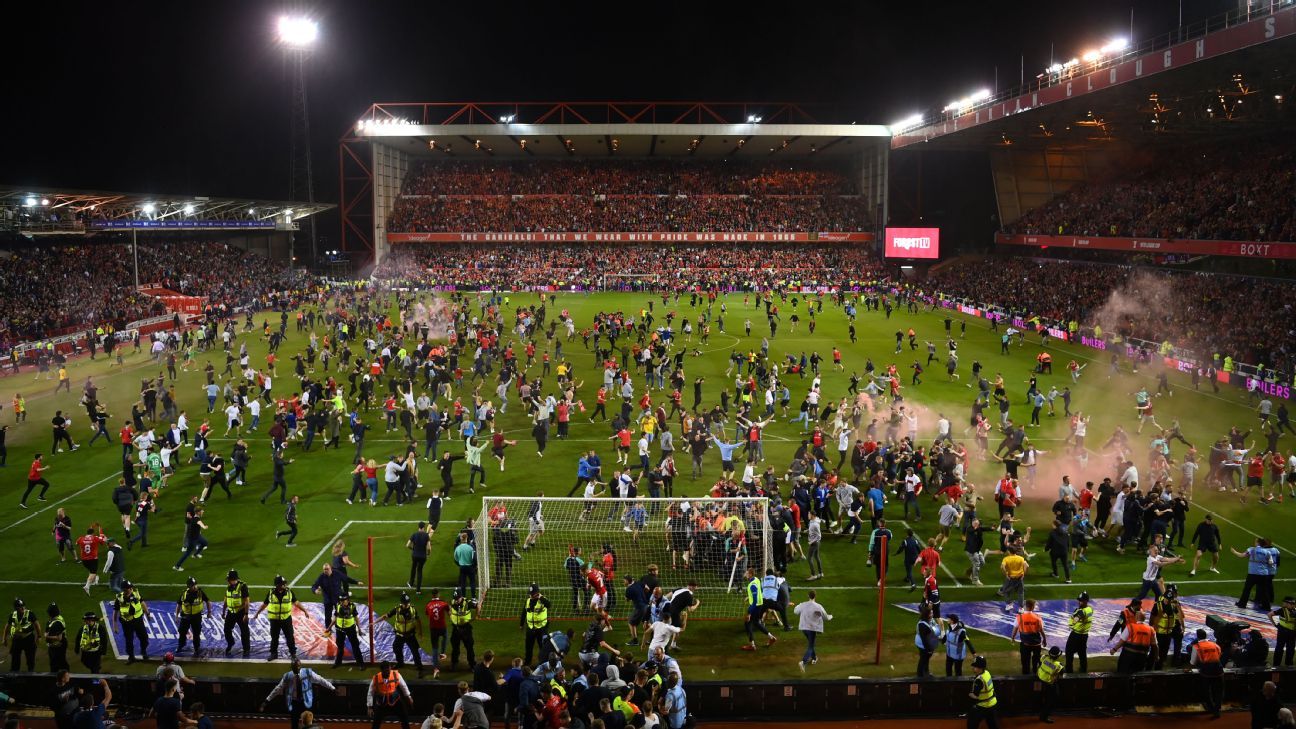 A person has been arrested on suspicion of assault after Sheffield United captain Billy Sharp was knocked to the bottom following a pitch invasion after their Championship semifinal playoff defeat to Nottingham Forest on Tuesday night time.

Forest gained 3-2 on penalties after the 2 legs completed 3-3 on mixture to arrange a remaining in opposition to Huddersfield (streaming LIVE, 11:30 a.m. ET, ESPN+) for a spot within the Premier League.

Footage after the match appeared to indicate Sharp being charged at following a pitch invasion.

Chief Inspector Paul Hennessy, of Nottinghamshire Police, stated: “A 31-year-old man has been arrested on suspicion of assault in connection with this incident. He remains in custody and will be questioned by officers.

“Our enquiries into the circumstances surrounding the incident are ongoing. We’ve got spoken to the participant involved and we’re working with each golf equipment who’re supporting us with our investigation.”

Sheffield United manager Paul Heckingbottom said: “We have seen considered one of our gamers attacked.

“He’s shook up, bleeding, angry. Bill was minding his own business off the pitch, trying to get our players away. He was blindsided, it was cowardly. He was knocked to the ground [and required] stitches, he was shook up.”

A Nottingham Forest assertion stated: “Nottingham Forest Football Club are appalled to learn that our former player, Billy Sharp, was assaulted leaving the pitch after tonight’s match at The City Ground.

“The membership will work with the authorities to find the person so as they’re held to account for his or her actions, which can embrace a life ban from Nottingham Forest.

“The club would also like to apologise to Billy personally and to Sheffield United Football Club.”

Sharp didn’t play within the match as he was dominated out by way of harm. The 36-year-old is in his third spell at Sheffield United, and likewise hung out on mortgage at Nottingham Forest in 2012-13.