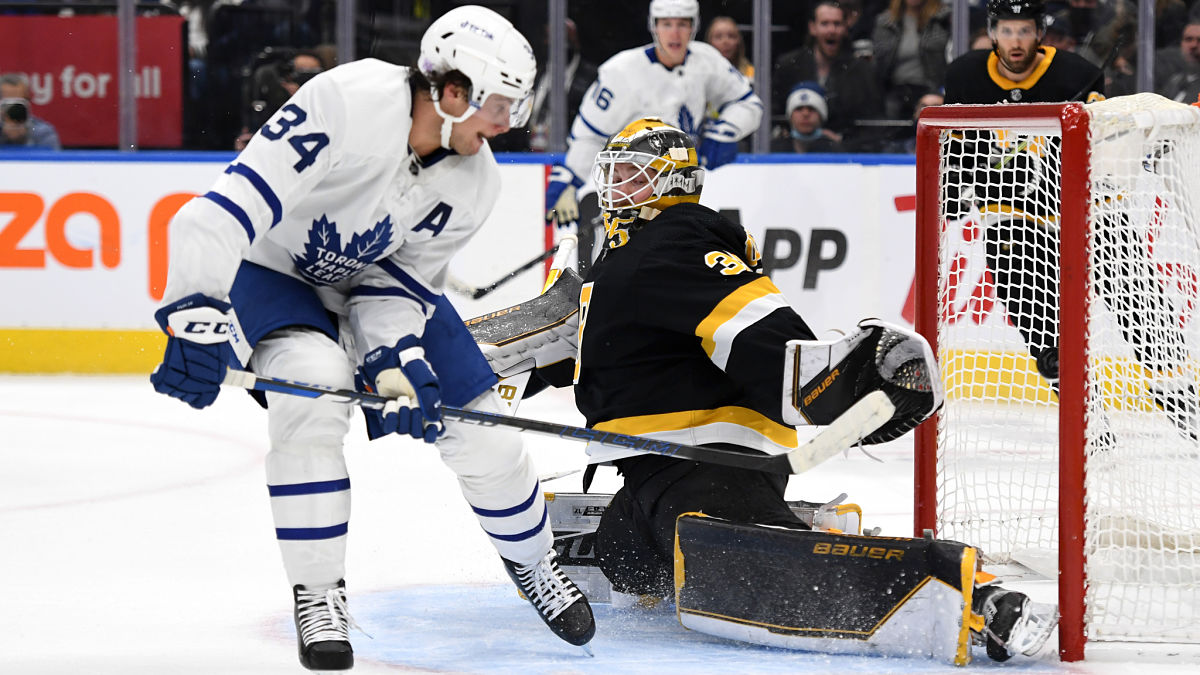 The Toronto Maple Leafs scored four unanswered goals to pull away from the visiting Boston Bruins en route to a 5-2 win at Scotiabank Arena on Saturday night.

Boston had its two-game win streak snapped with the loss. The Maple Leafs improve to 7-4-1 while the Bruins fall to 5-4 on the season.

ONE BIG TAKEAWAY
The Maple Leafs brought it to the Bruins as their attacking style of play had Boston’s defensive group on its heels, especially during a three-goal second period. Toronto controlled the neutral zone, showcased its team speed and benefitted from some mismanagement of pucks in Boston’s defensive end. It all helped the hosts come away with a flurry of chances in high-danger areas while scoring multiple goals after the Bruins weren’t able to clear pucks from their defensive zone.

During the three-goal second period, Toronto made the most of Boston’s mistakes, which proved to be the difference. The Bruins took a pair of second-period penalties and it put Toronto’s stars on the ice as the Maple Leafs scored two power-play goals in a four-minute span. Boston was out-shot 18-8 during the middle period (27-21 through two periods).

STARS OF THE GAME
— Auston Matthews led Toronto with two goals on five shots. The Leafs centerman gave Toronto a 2-1 lead on a power-play goal at 14:59 of the second and extended it to 3-1 with another power-play tally at 18:54.

— John Tavares scored a pair of goals for the Maple Leafs, as well. He benefitted from a questionable call in the first period to score Toronto’s game-tying goal after an initial shot from Mitch Marner. Tavares extended Toronto’s lead to 4-1 at 2:53 of the third period.