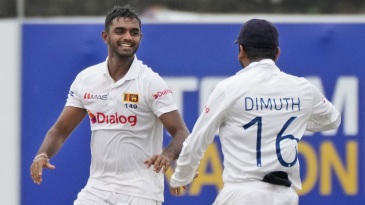 The runners-up of the inaugural World Test Championship (WTC) and No. 2 Test side in the world will host the current table-toppers in the ongoing WTC cycle, starting tomorrow. The first Test of the series will be the 100th of the most marketable cricketer since Sachin Tendulkar retired. And yet, the anticipation that goes with a big series is missing.

The biggest reason for this, of course, is Covid-19. Teams live in bubbles, the media is not allowed to watch their preparations, fans are not allowed to stand outside grounds to welcome the players. Also there is perhaps cricket fatigue, given the recent big increase in bilateral cricket, especially T20Is. In 2021, despite the pandemic, or perhaps thanks to it and all the cricket postponed in 2020, 233 international bilaterals were played, 132 of them in the shortest format of the game. The corresponding next highest figures are 219 and 100 in 2019.

Just look at Sri Lanka’s schedule: one Sunday they are playing a T20I in Melbourne, by the next Sunday they have completed a three-T20I series in India, and the following Sunday will be the third day of a Test. India are no less busy: at one point last year, they had two international teams in action at the same time.

Having said that, the Indian board is hardly indulging in a hard-sell. Especially given one of the Tests will be the 100th of one of its greatest players. Only three days out from this Test did it decide to open the stands to fans, when matches either side of this Test were played in front of crowds. And the match is being played at a ground with some of the poorest facilities for crowds.

Some may point to Sri Lanka’s record in India of never having won a Test as a reason for the lack of buzz. In the last 10 years, a period when the “Big Three” was formalised, they have played only three Tests in India; only Afghanistan have played fewer in the country (and Ireland are yet to play India in a Test match).

What fun it will be then if such a series strikes back with exciting cricket. India are turning a corner with a new captain and a new middle order. It is the first time since 2012 that they will be playing with neither Cheteshwar Pujara nor Ajinkya Rahane in the XI. Vice-captain Jasprit Bumrah will be playing just his third Test at home. In getting into the 100-Test club Virat Kohli will reach a landmark that only 70 others have achieved, and will be hoping to score his long-awaited 71st century. The great spin duo of R Ashwin and Ravindra Jadeja will be reunited after an injury to Jadeja that has kept him out of Test cricket since last November.

On the other hand, Lasith Embuldeniya has taken five five-fors in just 13 Tests. The other visiting left-arm spinner Praveen Jayawickrama averages 18 in three Tests. Young batter Pathum Nissanka comes with a first-class average of 63.47. Captain Dimuth Karunaratne has been one of the best openers in the world in recent years.

Sri Lanka’s attack will be Suranga Lakmal, two specialist spinners, Dhanajaya de Silva and an extra specialist seamer or spinner based on the conditions. They will have to threaten India’s 20 wickets to make this series exciting.

He is not the captain anymore, he has not scored a hundred since late 2019, but this is Virat Kohli‘s moment. Playing all three formats, leading for a major chunk of his career, it is a staggering achievement that he has made it to 100 Tests. He will hope this is the start of an Indian Summer in his career.

Dimuth Karunaratne might be the only one in the Sri Lankan side who might make it to a current World XI, but Tests are won by bowlers, and they will need the best of their lead spinner, Lasith Embuldeniya, if they are to threaten in India. He will want a turnaround from the norm of Sri Lankan spinners not doing well in India: Murali averaged 45 in the country, Herath 54.

Six of India’s top eight seem set, with Ashwin looking “comfortable” in the nets according to Bumrah. Nos. 3 and 5 will go to two out of Shubman Gill, Shreyas Iyer and Hanuma Vihari. Vice-captain now, Bumrah should be one of the two quicks, leaving room for one of Mohammed Siraj, Mohammed Shami and Umesh Yadav. The final spinner’s slot will go to one of Jayant Yadav, Kuldeep Yadav and uncapped left-arm spinner Saurabh Kumar. The frontrunner Jayant will make a formidable No. 9 batter.

Kusal Mendis is back in the squad but not for for this Test. Dushmantha Chameera is being saved for the day-night Test in Bangalore. Niroshan Dickwella is back, though, and will get the wicketkeeping gloves. That leaves Dinesh Chandimal competing with offspinning allrounder Charith Asalanka for a batting spot. With six of India’s top eight being right-hand batters, Sri Lanka could go with both left-arm spinners and Dhananjaya de Silva turning it the other way. They are also believed to be considering three fast bowlers.

Rohit Sharma said the pitch was a typical Mohali one: on the drier side and expected to take turn as the match goes on. “It will turn for sure,” Rohit said. “I can’t say if it will start to do so on day one or day four or whenever, but it will turn.”

It is spring in Punjab, and the weather will be pleasant with cool mornings and warm afternoons. There is no rain expected during the Test.

“The [upcoming] nine Test matches [to complete India’s WTC cycle] are going to be important. I feel like we need to win almost every game. It is going to be challenging, there will be a lot of pressure, but that is where you will build a lot of character. You will see some champion cricketers coming out from this situation. If you thrive under pressure, you turn out to be a solid cricketer for the future. At the moment it is important that we try and stay in the present and think what we can do in this Mohali Test and then move forward from there.”India captain Rohit Sharma

“We’ve never won in India before, so the pressure is on India to not let a match slip. Our job is to use that pressure to our advantage.”Sri Lanka captain Dimuth Karunaratne