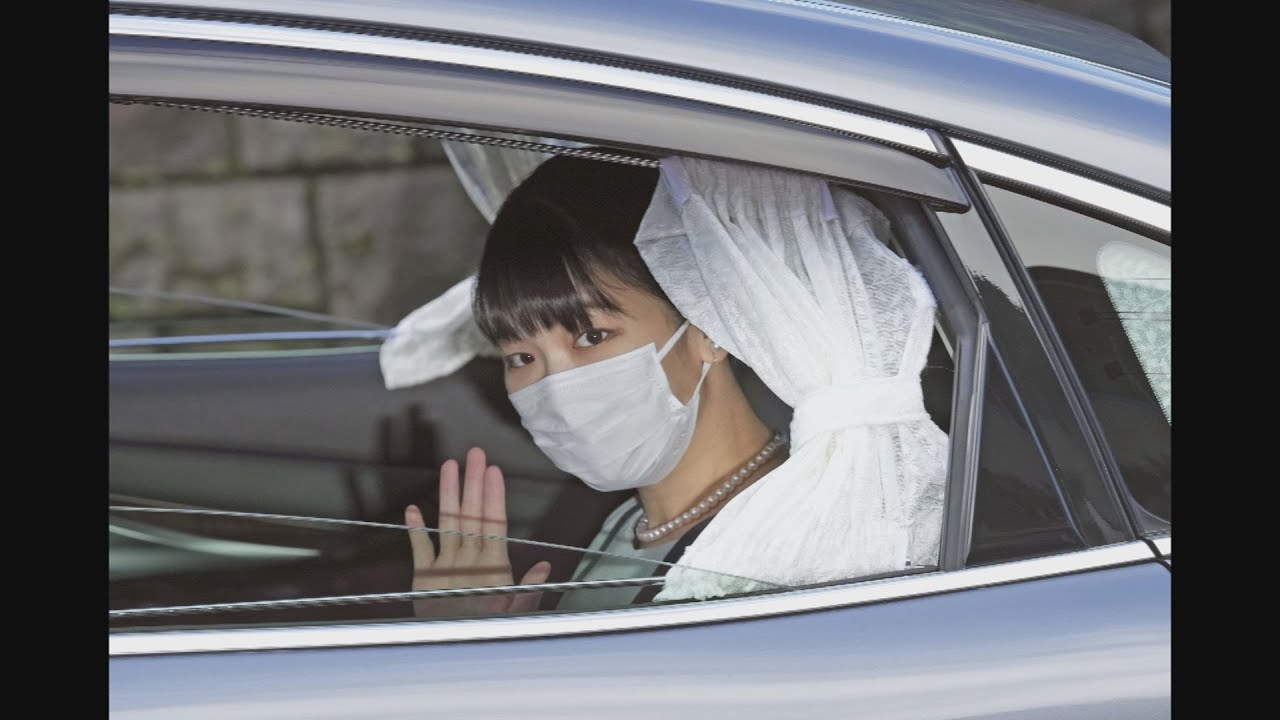 Japan’s Princess Mako has officially left the Imperial household and is now a commoner. She married her former college classmate Komuro Kei on Tuesday.

Mako left the Imperial family’s Akasaka Estate in Tokyo on Tuesday morning. Her parents, Crown Prince and Princess Akishino, and her younger sister, Princess Kako, sent her off.

Princesses are entitled to a lump-sum payment when they marry, but she has declined the money.

The couple will not have the traditional wedding ceremony reserved for Imperial family members.

The two will appear before about 50 journalists at a hotel in Tokyo later in the day.

Reporters were told they could only submit questions in advance. The agency says Mako was very concerned with some of them, and a doctor advised the couple to give their answers in writing.

Earlier this month, the Imperial Household Agency released a statement saying Mako had been diagnosed with PTSD after repeated public criticism.

Former Japanese Prime Minister Taro Aso said Monday that rice on the northernmost main island of Hokkaido “has become tastier thanks to (global) warming,” a remark likely to raise eyebrows of climate campaigners.

Japan’s Princess Mako has officially left the Imperial household and is now a commoner. She married her former college classmate Komuro Kei on Tuesday.

4 fun things to do on Oaks Day

One of the staples of the Melbourne Cup Carnival is Oaks Day, which is also known as Ladies Day.

Most anti-coronavirus restrictions on restaurants and bars were lifted in Japan on Monday as new daily infections continue to drop across the country.

The Tokyo Metropolitan Government confirmed 17 new cases of coronavirus on Monday. That is the lowest single-day figure in the capital this year, falling below what had been the record low-for-the-year registered on Sunday.