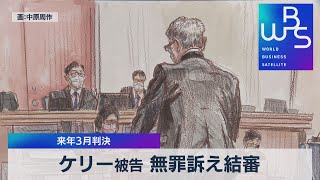 Japanese e-commerce giant Rakuten Group will use digital tools to root out customers on its trip platform who are likely to cancel at the last minute, tackling a wider problem that has cost hotels and other businesses billions of dollars.

Rakuten Travel, the nation’s largest travel website, will adopt an auditing system developed by TIS, a Tokyo-based technology company. The program grades new bookings on 200 factors based on analysis of data.

If a booking indicates a substantial risk of cancellation, the customer will receive a phone call to confirm the commitment to the trip. This auditing takes effect as soon as January, with plans to make the program available to restaurants as well.

No-shows without fair notice have become an expensive challenge, especially for the eatery and hospitality industries. Not only do businesses lose customers, they must absorb the cost of wasted food and other provisions.

Restaurants lose as much as 200 billion yen ($1.75 billion at current rates) a year due to the problem, a 2018 survey by the Ministry of Economy, Trade and Industry found. The travel industry is believed to lose roughly 10 billion yen annually from cancellations. The economic impact has become more pronounced during the pandemic.

Rakuten plans to use the auditing program to draw more hotels and inns to its travel platform. The company pays a fee to TIS for use of its system.

Another factor driving Rakuten’s move is that many customers pay in cash. Though credit card use has increased, “the demand for cash payments is still high,” a Rakuten Travel representative said.

A Japanese court is to hand down a ruling in the trial of former Nissan Motor executive Greg Kelly next March. Kelly is charged with underreporting remuneration of ousted chairman Carlos Ghosn.

Japanese e-commerce giant Rakuten Group will use digital tools to root out customers on its trip platform who are likely to cancel at the last minute, tackling a wider problem that has cost hotels and other businesses billions of dollars.