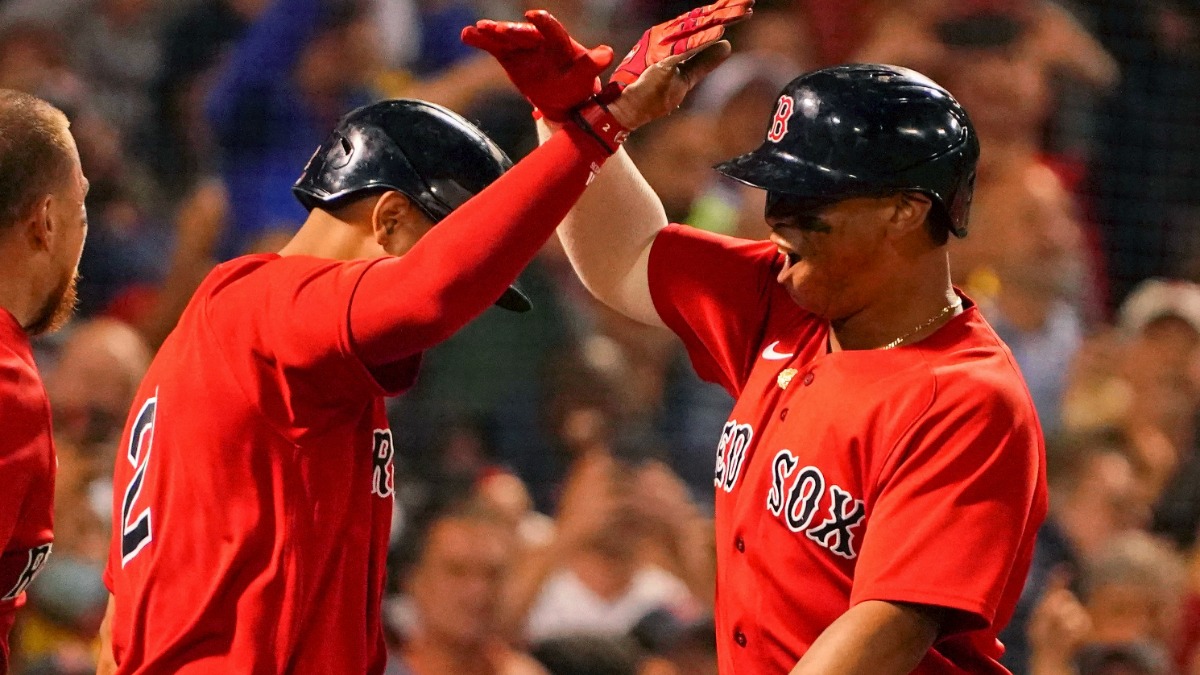 The Boston Red Sox picked up some hardware Tuesday night.

With the 2021 Major League Baseball season behind us, the league is in full-on award mode, and Xander Bogaerts and Rafael Devers each took home American League Silver Slugger Awards for their respective positions.

Bogaerts earned his fourth Silver Slugger — and first since 2019 — while Devers earns the award for the first time in his five-year career.

The Red Sox shortstop did a little bit of everything this season. Bogaerts led all qualifying A.L. shortstops in on base percentage at .371 and OPS with .855. He also finished third in batting average with a .295, third in home runs with 21, third in RBIs with 73 and third in doubles with 31.

The slugging Red Sox duo were impressive the whole way — even starting the All-Star game on the left side of the diamond together — and will look to continue what they started next season in Boston.