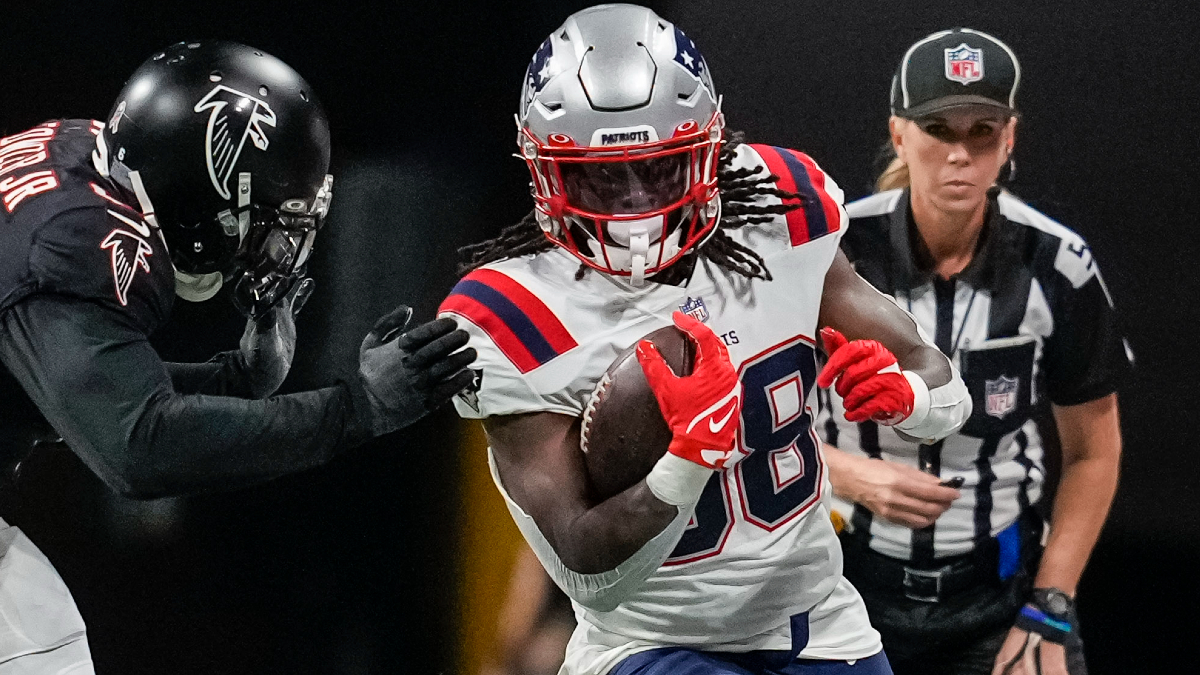 Breaking down snap counts and play percentages from the New England Patriots’ 25-0 win over the Atlanta Falcons on Thursday night:

— We wondered what kind of role Mike Onwenu would play in this game. The answer: a small one.

The Patriots’ talented second-year O-lineman was on the field for just five offensive snaps, with three of those coming as a jumbo tight end. Right tackle Trent Brown went nearly wire to wire in his second game back from a calf injury, playing all but two snaps.

Runs to the right side — manned by Brown and right guard Shaq Mason — accounted for 104 of the Patriots’ 134 rushing yards in the win, according to Pro Football Focus.

Offensive coordinator Josh McDaniels last week said Onwenu was bumped from the starting lineup because the Patriots planned to use him to spell Brown during their Week 10 win over the Cleveland Browns. That led to speculation that Onwenu could be moved back to left guard — his position for the first several weeks of the season — once Brown was full-go.

So far, though, New England has opted to stick with veteran Ted Karras at left guard. Karras has played well since entering the starting lineup in Week 5, and the Patriots’ line as a whole has excelled of late, giving them little incentive to stray from what’s working. The Falcons sacked quarterback Mac Jones with three well-timed blitzes, but the Patriots allowed just four total pressures in the game, per PFF.