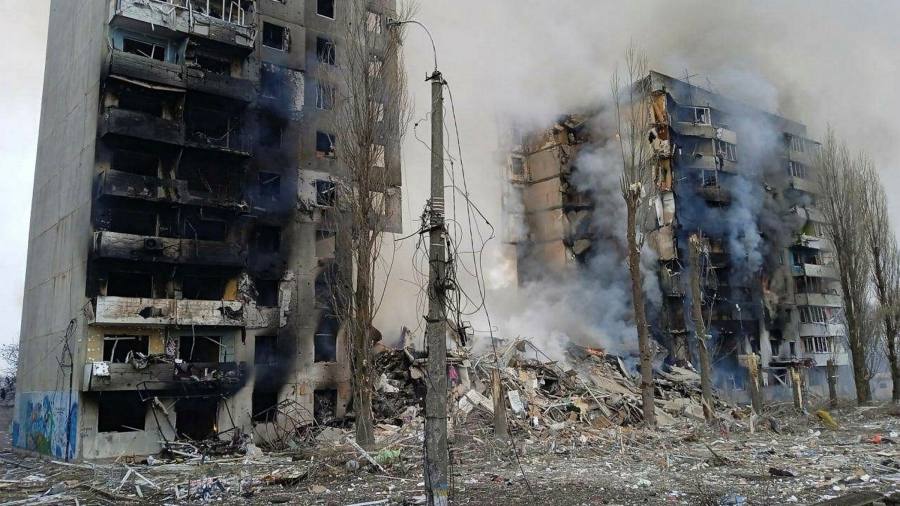 Vladimir Putin’s forces over-ran their first major Ukrainian city last night and unleashed heavy weapons fire on urban centres, driving the number of refugees who have fled the country to more than a million after just eight days of war.

The reported seizure of Kherson, a provincial capital and Black Sea port, would mark a significant breakthrough for Russia’s southern campaign, which has made steady territorial advances unlike its northern offensive.

Its capture has yet to be confirmed by Ukraine’s military, but on Wednesday evening its mayor Igor Kolykhayev suggested Russian troops had secured the city.

Intense fighting was also reported further east along the coast in Mariupol, which has been heavily bombarded in recent days as Russian forces enveloped the Sea of Azov port.

Mariupol’s mayor said that water, heat and electricity services had been severely disrupted — a potential sign of Moscow attempting siege warfare. Eduard Basurin, the commander of the Donetsk separatists leading the assault, called on Ukraine’s army to surrender in the city to spare it from strikes, according to the Interfax news agency.

Residents of other frontline cities emerged from another night in bomb shelters to find further devastation from shelling and missiles, with the capital Kyiv hit by four huge explosions just before dawn.

The Ukrainian military said Russian forces, including a long armoured column, were still attempting to advance on Kyiv. Western officials said this advance has stalled in the face of unexpected resistance, logistical hurdles and shortages of fuel and food.

Mykhailo Podolyak, an adviser to Ukrainian president Volodymyr Zelensky, tweeted: “The villages and towns where columns of Russian troops are standing immediately turn into sites of looting, robbery and murder. We need humanitarian corridors — for food, medicine, ambulances and to evacuate children. We expect active help from international organisations . . . Words are not enough!”

The Ukrainian military said that four Russian landing ships accompanied by three missile boats were moving towards the Ukrainian Black Sea port of Odesa, which has so far been relatively unscathed by fighting. Russian forces are also pounding critical infrastructure across the country, often using indiscriminate firepower.

Ukraine’s army said three civilians had been killed during shelling on the eastern city of Izyum: one shell fell on a high-rise building, another on a private house. Russian forces seized the town of Balakliya, south-east of Kharkiv, Russia’s defence ministry said, according to Interfax.

The invasion has carried a heavy human toll, creating a fast growing refugee crisis of a scale not seen on the European continent since the fall of Nazi Germany. The UN estimates that more than 1mn mainly women and children have fled Ukraine, mostly across its border with Poland.

Revealing the increasing challenges of the invasion and occupation, Russia on Wednesday for the first time acknowledged heavy casualties during the campaign, disclosing 498 deaths and 1,597 injuries. Ukraine said the figure is far higher but has not disclosed its own losses.

Sanctions have hit Russia’s economy hard, and its vast commodities market is being shunned by refineries, banks and shipowners. Oil has jumped to its highest level in more than nine years, with the Brent crude global benchmark hitting $118 a barrel. Wheat prices climbed above $11 a bushel for the first time since 2008. 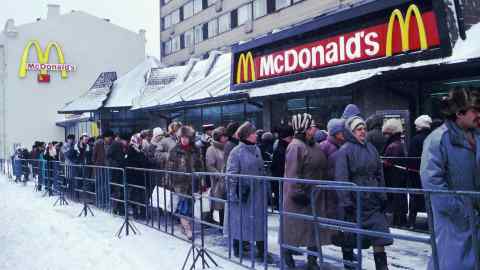 In a sign of Russia’s increasing economic isolation, MSCI, the index provider, said it would drop Russian stocks from its widely-tracked emerging markets indices, warning that sanctions had made the country’s equities “uninvestable”. Fitch and Moody’s also joined rival S&P Global in cutting Russia’s sovereign credit rating to junk.

Antony Blinken, secretary of state, said the US remained open to a diplomatic solution, but called on Russia to first halt military operations in Ukraine. “De-escalation, pulling back forces, that would open the path to diplomacy,” he said.

Blinken said he would fly to Brussels on Thursday to continue co-ordination with Nato and G7 allies, and then on to Poland and Moldova.

His visit comes as the Pentagon started to send anti-aircraft Stinger missiles to Ukraine, according to a US official, a step the White House had been reluctant to take in the run-up to the invasion. US supplied stingers helped the Mujahideen drive the Soviet Union out of Afghanistan in the 1980s. Neither the Russian or Ukrainian air force have established dominance of the skies above the battle zone.