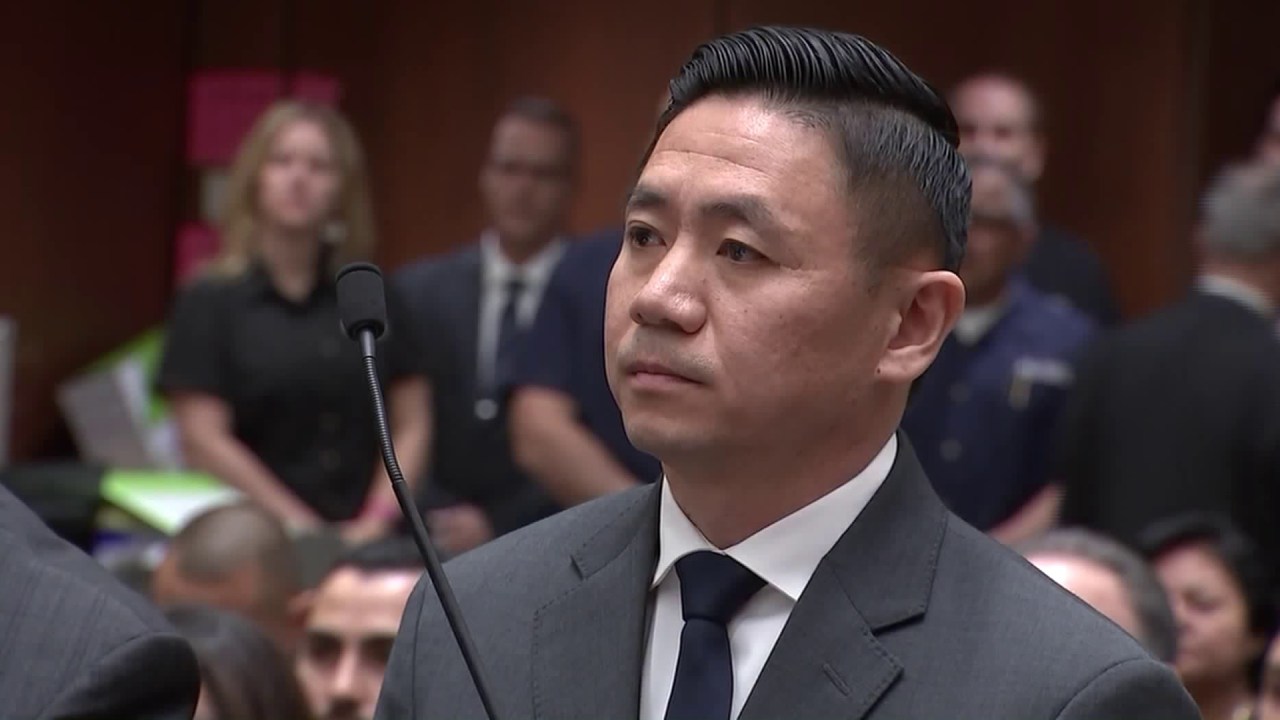 A Los Angeles County sheriff’s deputy was acquitted of voluntary manslaughter Friday for killing an unarmed man who was slowly driving away outside of a gas station.

Luke Liu, 42, was acquitted by a Superior Court jury. It was the first time in nearly two decades that a law enforcement officer was prosecuted for an on-duty shooting in the county.

The shooting occurred in February 2016 in the Los Angeles suburb of Norwalk. Liu pulled behind a car at a gas station because it had been reported stolen and approached the driver, Francisco Garcia, 26, authorities said.

Liu went toward the back of the car, and when he returned to the front seconds later, Garcia began to drive away at about 5 mph (8 kph), they said.

That’s when Liu pulled his gun, ran alongside the car and fired seven shots at Garcia, hitting him four times, including twice in the back.

At the time, sheriff’s officials said Liu opened fire because he saw Garcia reach for something in the back seat. They also said he was hit by the car, suffering minor injuries. However, several witnesses said the car never hit Liu.

Garcia died at the scene.

Liu, a 10-year veteran of the Sheriff’s Department, was charged with voluntary manslaughter in 2018. Prosecutors said the shooting was unreasonable, unnecessary and violated department policy.

Liu’s lawyer argued that Liu believed Garcia might have been reaching for a weapon and believed his life was in danger before firing.

The Los Angeles Times reported that Garcia had several arrests for burglary, drug possession and vehicle offenses but had never been charged with a violent crime.

The county settled a wrongful death lawsuit filed by Garcia’s family for $1.75 million.

Prior to Liu, the last law enforcement officer that LA County prosecutors charged with shooting a civilian was Los Angeles police Officer Ronald Orosco. Orosco pleaded no contest to shooting an unarmed driver in the back in September 2000.

The man survived. Orosco was sentenced to five years in prison.